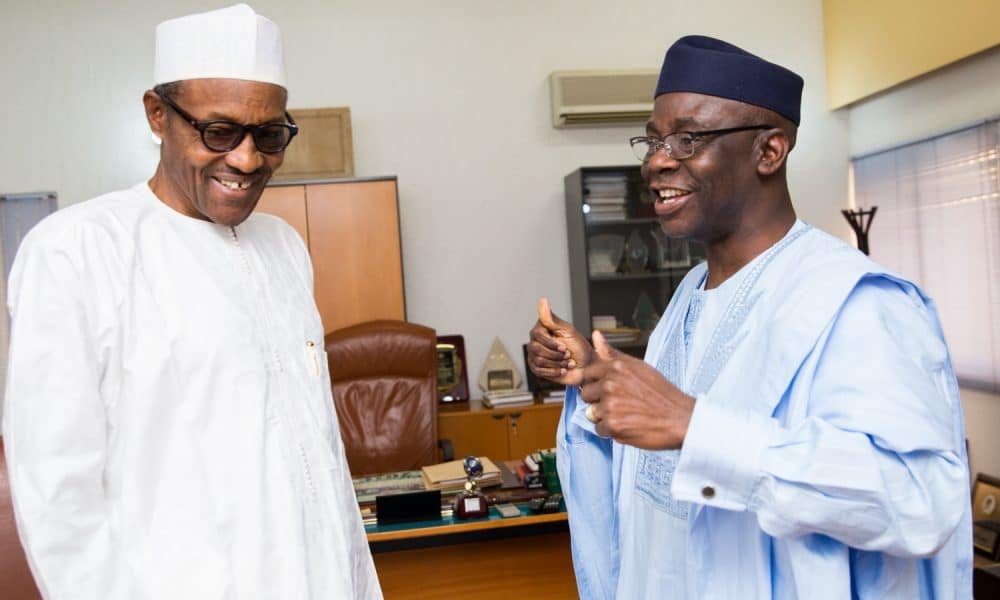 ‘Determine who succeeds you in 2023’ – Bakare Tells Buhari

The General Overseer of Latter Rain Assembly, Pastor Tunde Bakare, on Sunday urged President Muhammadu Buhari to play a huge role in the choice of his successor in 2023.

The pastor said in a special live broadcast in his church that it is important for Buhari to influence his successor in 2023 so that his legacies would remain intact.

Bakare was President Buhari’s running mate in the 2011 election and he visited the President at the Presidential Villa, Abuja, late last year.

He said: “God is into succession. Anyone in government that does not concern himself about succession is destroying his own legacy because the person coming after you can just mess up everything.

“Let us ask God for grace of accurate succession; that he (Buhari) will not hand over the baton of government and governance to thieves and perverts, to corrupt and power-drunk individuals, but those who are true patriots, who will serve like our founding fathers served; though not perfect, they did their best.”

He implored the President to institutionalise a system of succession in the country and join the league of strong world leaders like the late Deng Xiaoping of China; the late Nelson Mandela of South Africa; and Goh Chok Tong of Singapore.

Bakare added: “As the government of President Muhammadu Buhari ushers us into the second decade of the 21st century, the third pivotal objective of governance should be to build a strong post-Buhari legacy facilitated by accurate succession.

“In this regard, Nigeria must learn from some of the best succession examples in recent history. Of note is the legacy of Deng Xiaoping, a second-generation Chinese leader who laid the foundation for today’s China. Xiaoping flagged off the ‘Four Modernizations’ xxiii programme, which searched around the country for leaders who, in his words, were ‘revolutionary, younger, more knowledgeable, and more specialised’.

“In three decades, that programme gave China a succession of leaders who piloted China’s economic transformation, including the current president, Xi Jinping. Without their foresight, we would not be running to China today to finance our shortsightedness.

“We must also learn from Nelson Mandela who stepped aside after one term, but not without positioning the likes of Thabo Mbeki and Cyril Ramaphosa. We must learn from the success story of Singapore, whose former Prime Minister, Goh Chok Tong, once said, ‘Mr. Lee Kuan Yew has always emphasised political succession, and when I took over, likewise, I planned for succession…Prime Minister Lee is also working very hard to plan for succession’.

“Therefore, even as we build institutions of democratic governance, a key responsibility that history has bestowed on President Muhammadu Buhari at this turning point in our journey to nationhood is to institutionalise systems of accurate succession that will build and sustain the Nigeria we desire. This is a task that must be done.”

2023: I’m not plotting to take over from Buhari, says Fayemi

5G is evil and its demonic agenda is unfolding, says Fani-Kayode as he…