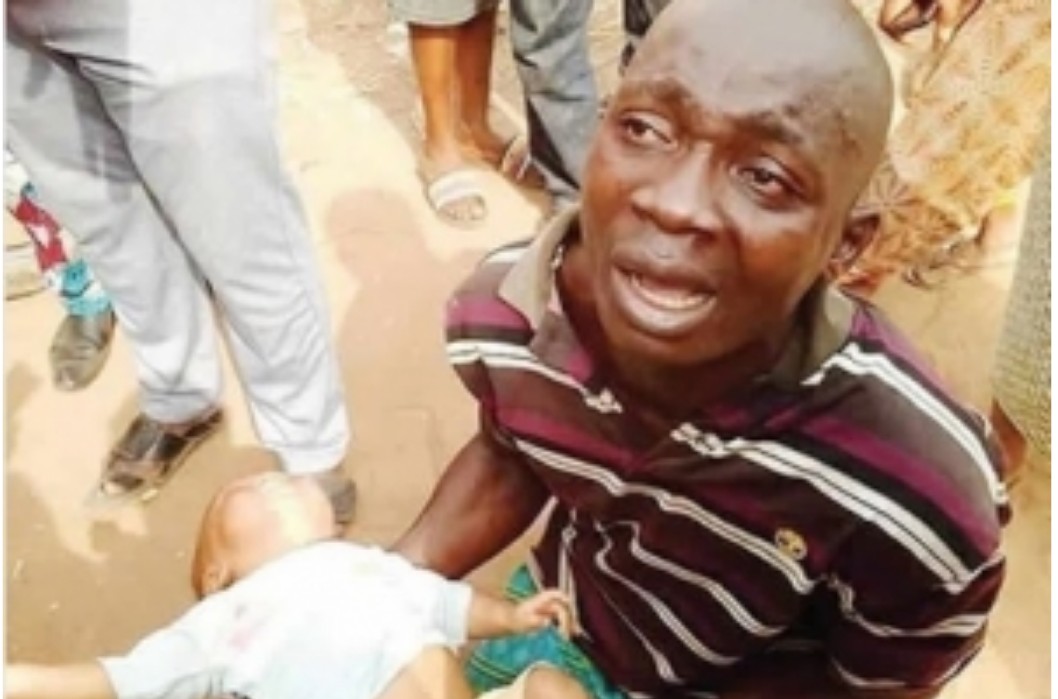 One Nsem Godwin has been arrested by the Ondo state police command for allegedly kidnapping two kids in Okitipupa local government of Ondo state.

Confirming his arrest, CSP Femi Joseph, the state Police Public Relations Officer said he was arrested with a nine-year-old and four-month-old kids on Monday while trying to escape.

Eyewitness account disclosed that, Godwin was arrested while trying to run away with the children.

Further disclosed that the suspect allegedly abducted the four-month-old baby, while he was playing outside with his brother.

“The suspect carried the baby and was trying to escape through a shortcut to the Onaopemipo Street in Okitipupa and some people accosted him and questioned him, but he could not give any answer on how he came about the baby.

“At a point, he started acting like he was mentally unstable”.

Meanwhile, the Nigerian Police said investigation into the matter is ongoing and the suspect will be charged as soon as the investigation is concluded.

Police however, appeal to parents and guardians to take proper care of their children and wards.”