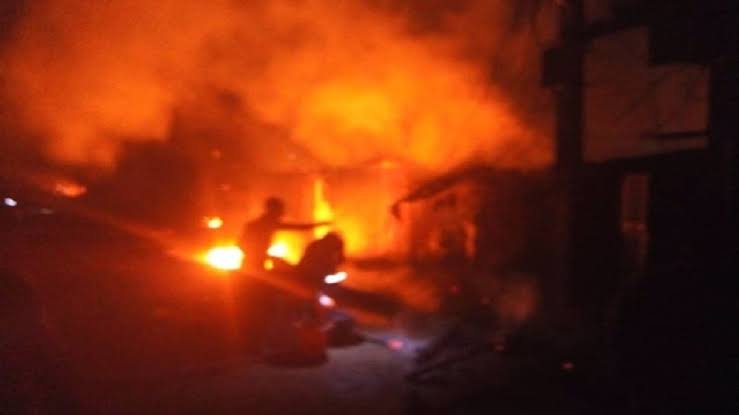 Pipeline explosion has rocked one of the Nigeria National Petroleum Corporation, NNPC, pipelines at Ekoro, Abule -Egba area of Lagos State, with thick smokes and balls of fire bellowing the atmosphere.

According to reports, residents are fleeing their houses as the fire threatened, burning houses within the vicinity.

Preliminary investigation revealed that the inferno was as a result of pipeline vandals who burst one of the oil pipelines in the area to siphon the product.

The fire can be seen as far as Agbelekale area. Many families, with their children have walked far away from the scene.

Fire fighters have arrived the scene and are trying to put out the raging inferno.

Coronavirus: Stranded Nigerians in Wuhan, China, beg to be brought back home as death…