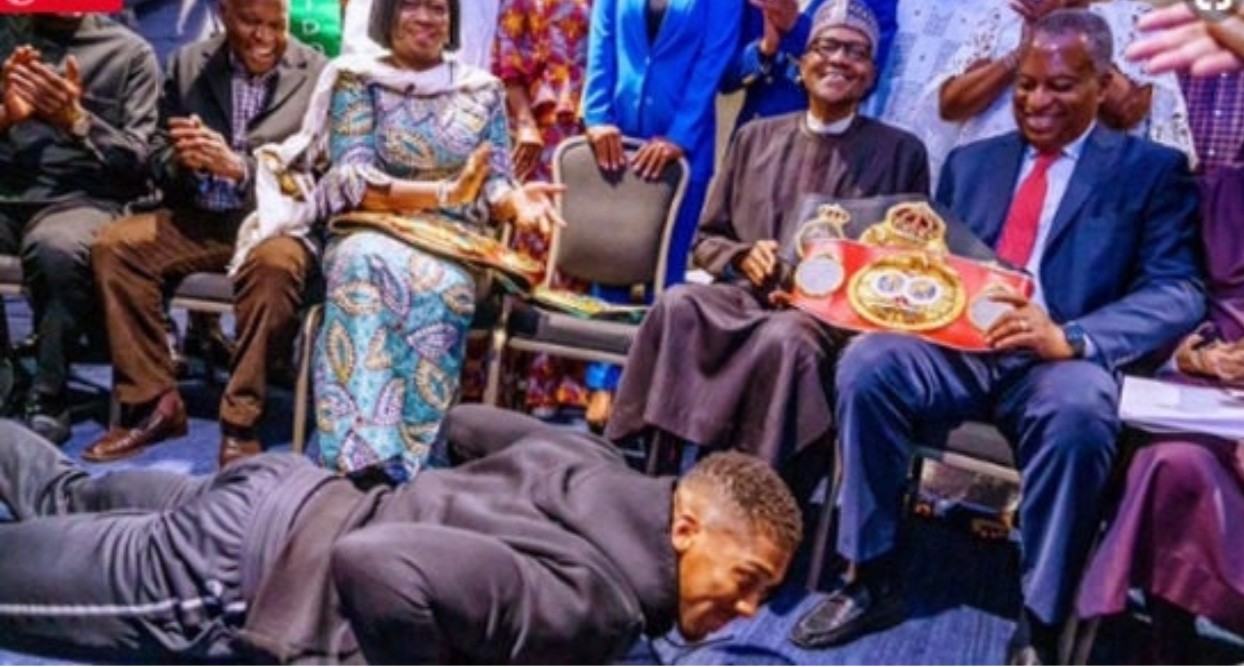 Barely 24 hours after pictures of Anthony Joshua prostrating before President Muhammed Buhari in London went viral, the former Minister of Aviation, Femi Fani-Kayode has knocked the heavy weight champion for such act.

This was disclosed by the former Minister of Aviation on his Twitter timeline this afternoon.

WITHIN NIGERIA had earlier reported that the world heavyweight champion, Anthony Joshua, Saturday prostrated before President Muhammadu Buhari as a sign of respect to the number one citizen of Nigeria.

Reacting to the incident, the former Minister of Aviation described Anthony Joshua’s behaviour as utterly repulsive and disgusting.

”I find this picture  of @anthonyfjoshua’s behaviour utterly repulsive and disgusting. Prostrating before his slave master & a bloodthirsty dictator & tyrant who is viciously persecuting and humiliating his people: what a crying shame. This speaks volumes. He has lost me!” he wrote.

NSA Monguno and Buhari’s Chief of Staff, Abba Kyari are allegedly fighting over…

Killing people in the name of revenge is not acceptable, President Buhari reacts to…