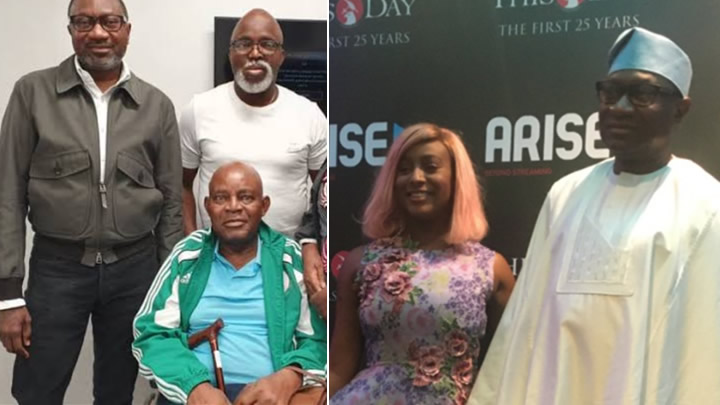 Months after making headlines with his whooping N5 billion donation to Save the Children foundation, billionaire businessman, Femi Otedola, has won the Philanthropist of the Decade Award (People’s Choice) at the Thisday newspaper awards 2020 which held in Lagos on January 20th.

Otedola who attended the event in company of his daughter, DJ Cuppy, dedicated the award to the millions of children in the areas of conflict who have no food to eat or guaranteed a future.

“I would love to dedicate this award to the millions of children out there who are in the areas of conflict, who have no food to eat, who are not guaranteed of the future. I pray to God Almighty that he would bring succour to these children and I want to also say a few things about the N5 billion I gave to Save the Children for the children of the North East.

When I sold one of my businesses, my majority shareholding in Forte oil, I woke up one day and I said to myself I am 57 years old and for me, the age for the departure lounge from this world is 85 so I now said I have only 28 years left. Out of the 28 years, of course I sleep 10 hours a day, so I said most likely if God permits me like our father Chief Adebanjo, I would have 12 years awake. I said Okay and then called my CFO, she said Sir, you have sold the business, one of the arms of the business, in 5 months you have N5 billion interest. I said okay, we will give it to charity.

She looked at me Sir and was like what did you say? I now had a meeting with my family. I think one of my children said to me ‘Papa you are giving out our inheritance”. I said I have done my best for you kids, giving you the best education, so you go run with that. I thank you very much” he said.

God infect me with COVID-19 and spare everyone, Oluwo of Iwo begs God as he offers…