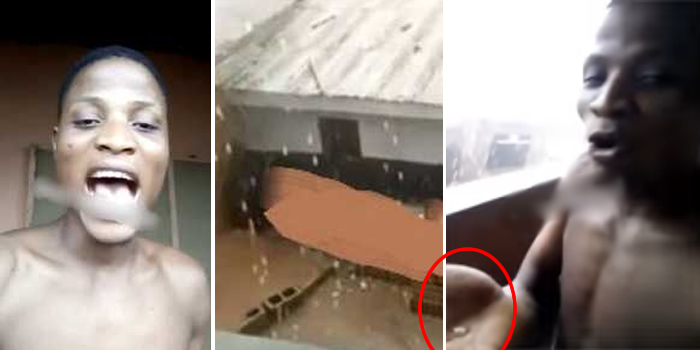 Residents excited as they experience hailstones rain in Lagos (Video)

A video has emerged showing how excited the residents of a Lagos community got when hailstones rained down on them recently.

Local reports show that the video was shot in Agbado, a community located around the along Lagos-Abeokuta Express Way.

In the footage, the hailstones are seen pouring down in large numbers on roofs and the ground. Meanwhile, the young man who was capturing the downpour on camera can be heard in the background exclaiming excitedly in about the rain of stones.

At one point, he shows his face and switches to speaking in the Yoruba language while showing off a hailstone which he had picked up to display to the camera.