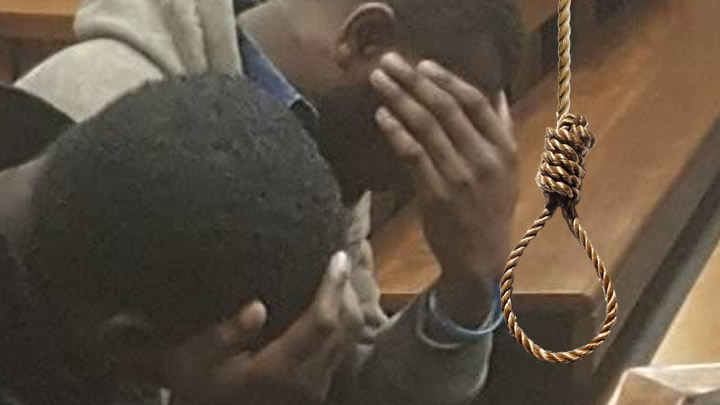 Justice John Adeyeye held that the prosecution had proved its case beyond reasonable doubts and consequently found them guilty as charged.

The News Agency of Nigeria (NAN) reports that the defendants, while armed with offensive weapons, such as guns and cutlass, carried out a robbery activity on Nov. 16, 2016 at D5 Progress Street, off Poly Road in Ado- Ekiti.

The defendants, who pleaded not guilty, were arraigned on a two-count charge of conspiracy and armed robbery.

The prosecutor from the state Ministry of Justice, Mrs Kemi Ajumobi, told the court that the defendants, armed with guns, robbed one Mr Obanibi Adams of his Toyota Camry car, with Registration Number: LND 118 EA.

Ajumobi added that the convicts were site labourers who worked on the site of Adams, whose car was stolen.

“The phones of the defendants were recovered, which made it easy for the police to track them before they were arrested.

“The convicts were arrested at Isua-Akoko, in Ondo State, while the car and the guns were recovered from them,” she said.

The prosecutor had called four witnesses to prove her case and tendered exhibits, including the two guns, five live cartridges, phones and the car as well as a confessional statement from the convicts.

The convicts, who were represented by Mr Chris Omokhafe, gave evidence in their own defence.