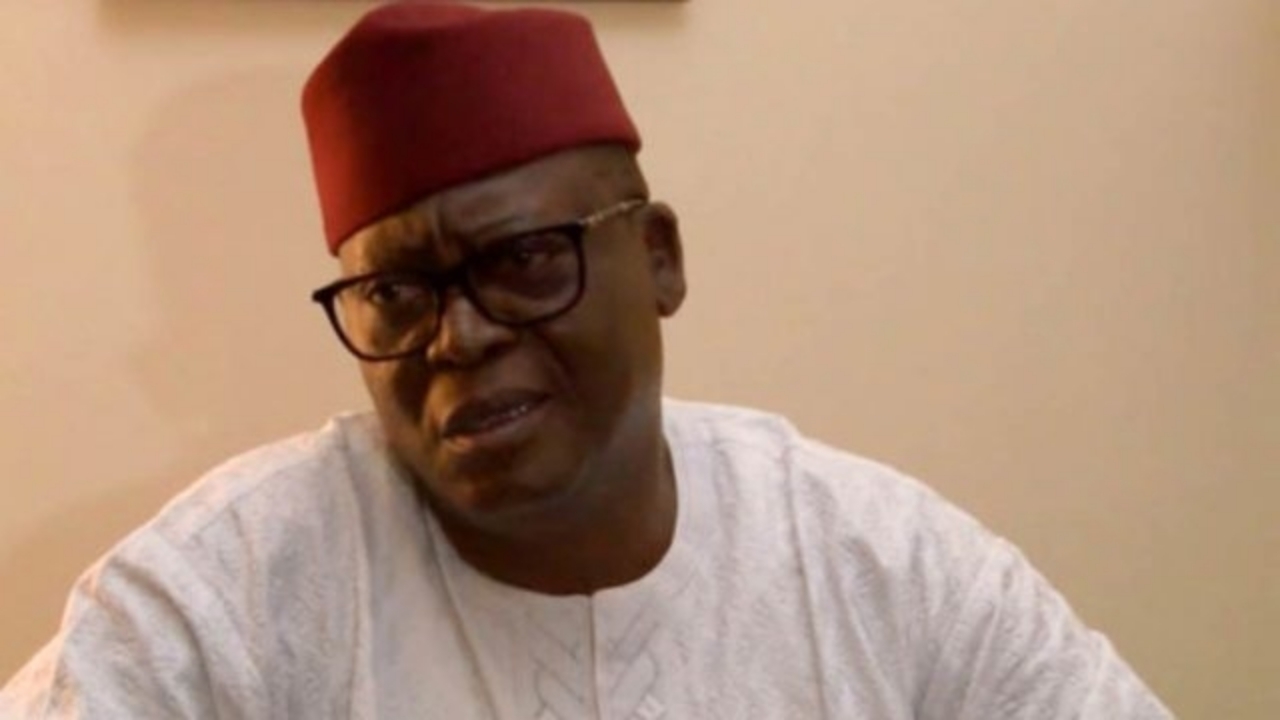 A former spokesman for the Ninth Senate, Prince Dayo Adeyeye has petitioned the President of the Court of Appeal alleging miscarriage in the judgment that voided his election as the senator representing Ekiti South senatorial district.

The appellate court had, on November 6, 2019, affirmed the ruling of the Election Petition Tribunal that voided his election on September 10, 2019 and declared his opponent, Senator Biodun Olujimi of the Peoples Democratic Party (PDP) as winner of the poll.

Adeyeye, who contested the election on the platform of the All Progressives Congress (APC), was declared winner by the Independent National Electoral Commission (INEC), as having scored the highest number of votes in the election held on February 23, 2019.

Adeyeye had challenged the ruling of the tribunal at the Court of Appeal, which also ruled against him.

According to a petition addressed to the President of the Court of Appeal, Justice Zainab Bulkachuwa, he raised a number of alleged gaps in the judgment of the appellate court.

Dated November 25, 2019 and personally signed by him, Adeyeye averred that the panel of justices of the Appeal Court unjustly removed him from the Senate without going through the body of evidence filed by his counsel.

The petition stated, “Having read the judgment of the Court of Appeal, it is self-evident that the justices of the Court of Appeal who purportedly heard and determined my appeal failed, refused and neglected to abide by the rule of law as enshrined in the 1999 Constitution, the Electoral Act, the Evidence Act and binding authorities of the Supreme Court.

“That is, if by rule of law we mean impartiality of the court, equality before the law and enforcement of fundamental rights, then my case therefore lends itself as a textbook case for miscarriage of justice.

“Failure and refusal of the Court of Appeal panel to consider my reply brief and pronounce on sundry fundamental issues raised in my appellant’s and reply briefs stoutly lend credence to this position”.

Recalling the results of the election officially declared by INEC, the petitioner stated that he polled a total of 77,621 lawful votes, against Olujimi’s 53,741 votes, giving him 23,880 margin over Olujimi.

Adeyeye, who is also a lawyer, wondered why the Appeal Court had to on the evidences of 14 witnesses of the 600 polling agents who witnessed and signed the results sheets on the day of election.

He pointed out that the tribunal only relied on a document submitted by a witness brought by Olujimi’s and that the said document contained a number of mathematical errors in the compilation of results.

In the document submitted by the said PDP poling agents, Adeyeye said 55,787 votes were recorded for him, while 55,171 votes were credited to Olujimi.

He further stated, “By reason of the unproven allegations, about 22,834 votes were cancelled from my votes. This is also notwithstanding the fact that the said 22,834 votes were undisputedly votes of duly accredited voters.

“Effectively therefore, the tribunal relied on PW15 (who was not an eye witness in any polling unit) and his exhibit P85 (which was not backed by evidence of ballot papers in court), to remove me from the position I was duly elected.

“My profound conviction is that, it is not out of place for your lordship to leverage the inherent powers and sanctions of a court of law as preserved in the constitution to constitute a new panel of justices of the Court of Appeal to hear my appeal in the manner prescribed or contemplated by the constitution and established judicial precedents”.

Describing his case as a “judicial time bomb”, in matters of election petition precedence, Adeyeye said he decided to put the appellate court on notice, stressing that the price of liberty is eternal vigilance.

“I have seen how PDP and a number of Nigerians are protesting the decision in the case of Emeka Ihedioha and Hope Uzodima. But the precedent in my case against PDP and Senator Olujimi is the real time bomb for obvious reasons.

“The evidence in Imo was official forms of INEC reportedly from each 388 polling units. The evidence in my case was personal sheets of paper prepared outside the view of the justices, INEC, Police, APC and all other political parties.

“All these were hearsay that the court swallowed hook line and sinker in shocking disregard of all known rules of evidence in our legal system.

“The evidence rejected in my case in favour of the personal account of a PDP collation agent (who was not even a polling agent) was an evidence signed by all parties and INEC including the polling agents of PDP.

“The justices said they were rejecting my evidence which is the only evidence authenticated by all parties, INEC and PDP polling agents and they removed me because of undervoting alleged in the peronal account of the said PDP collation agent. That the number of votes cast was less than the number of accredited voters.

“My party and I don’t know how this became our crime. So in future, an election can be nullified if votes cast are less than accredited voters.

“Imagine such an aberration taking place in future elections. It means you don’t need INEC or the voters. All you need is a pen and a paper and some justices ready to accept your hearsay as the truth.

“You need justices who have no iota of judicial scruples to listen to any contrary view that instead of accepting hearsay of a partisan agent, the primary evidence in line with rule of law and constitutional right to fair hearing should be tested in open court.

“In future election if I should do exactly what PDP did to me and my party, that is: write my result on my sheets of paper, tender it in court and the court accepts it, PDP will now say the judgment is perverse”, the petition stated.