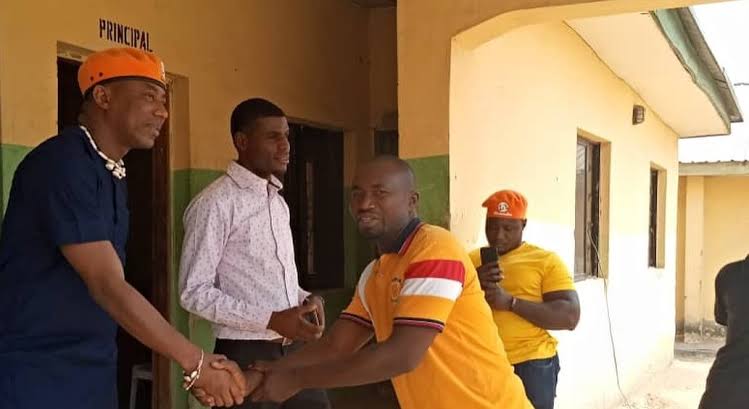 The publisher of Sahara Reporters and presidential candidate, in the 2019 general elections Omoyele Sowore Monday said he was opened to teaching Government or Geography in a government-owned secondary school “while sitting idle in Abuja.”

He said he looked for a public school where he could teach on Monday. But the principal had “disappeared” before he got to the school.

“Today I set out to look for a public school where I could teach “Government” or Geography while sitting idle in Abuja,” Sowore said in a post on his Instagram

“So we set out to a public school but by the time we arrived there, the Principal had disappeared on us. Great thanks to students and teachers who welcomed us.”

It is unclear if Sowore had a prior arrangement with the school or if the principal knew he was coming.

Sowore did not say if he was allowed to teach either of the subjects he mentioned. He, however, posted pictures that showed he was warmly received by teachers and students of the school he visited.

Three Nigerian soldiers sentenced to 10 years in prison for killing…

Sowore is currently on trial of charges of treason, cyberstalking, money laundering among other.  He was alleged by the Federal government of plot to overthrow the present government of President Muhammadu Buhari. Sowore was then arrested by the DSS.

Meanwhile, after serial of trials over his freedom, he was eventually release, the attorney-general of federation Abubakar Malami ordered his release in December.

Sowore, who has remained in Abuja since he was released, cannot travel without the permission of the court.

US publication lists Sowore among people to watch in 2020

Sowore: You Have No Powers To Release Anyone Based On Mercy – Falana Tells Malami