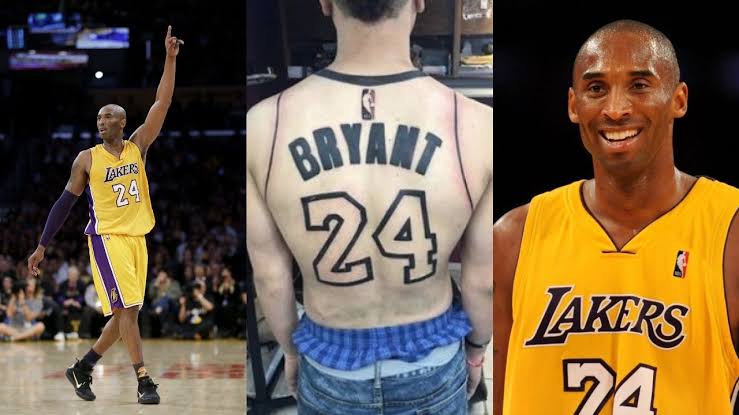 As millions of fans all over the world continue to mourn and pay tribute to NBA legend Kobe Bryant who died on Sunday, with his daughter and 7 others in a helicopter crash, a fan has chosen a very different approach to honour the basketball legend.

The picture of a man that honoured Kobe’s memory emerged and was posted by Jordan Thrilla. The man honored Kobe’s memory by drawing a giant tattoo of the legendary basketball player’s Lakers jersey covering his upper body.

Kobe died in a helicopter crash that also claimed the life of his daughter Gianna and those of seven others on Sunday, January 26.