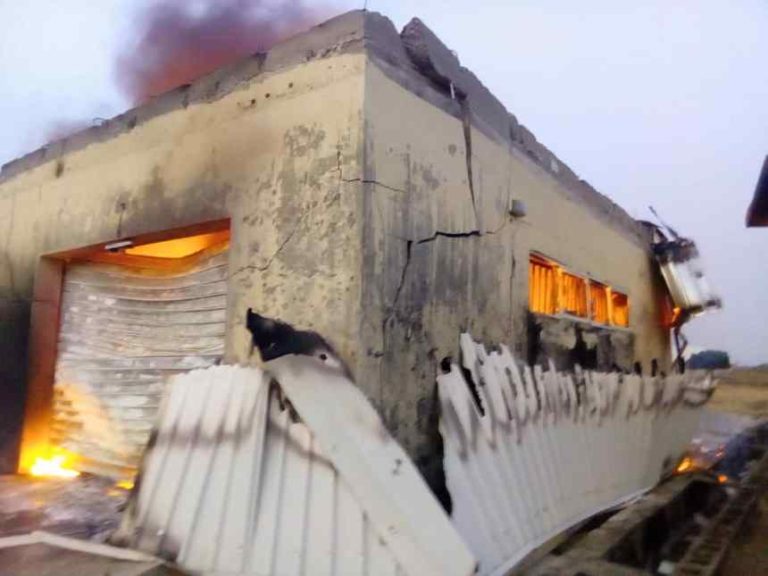 This is coming barely a month after the Supreme court sacked Emeka Ihedioha and installed Hope Uzodinma as governor of the State.

A source in the area told newsmen that the fire started from a nearby bush within the vicinity of the INEC office.

While another source hinted that some farmers might have ignorantly ignited the fire which later became uncontrollable to quench by passers-by.

Meanwhile, Emmanuella Opara, the State Public Relation Officer of INEC, has confirmed the incident, but said that the electoral body was yet to ascertain the level of damage and the actual cause of the inferno.

“Yes, we can confirm that the fire actually burnt the INEC office, but we cannot say for sure the level of damage and what caused it because we are yet to visit the scene”, Opara said.

Japhet Okereafor, the state fire service Director, who also confirmed the disaster regretted that his men could not handle the situation because of non-availability of vehicle and even a driver to drive it.

“I am aware of the fire incident but we don’t have enough vehicle and the only driver we have was not around.”