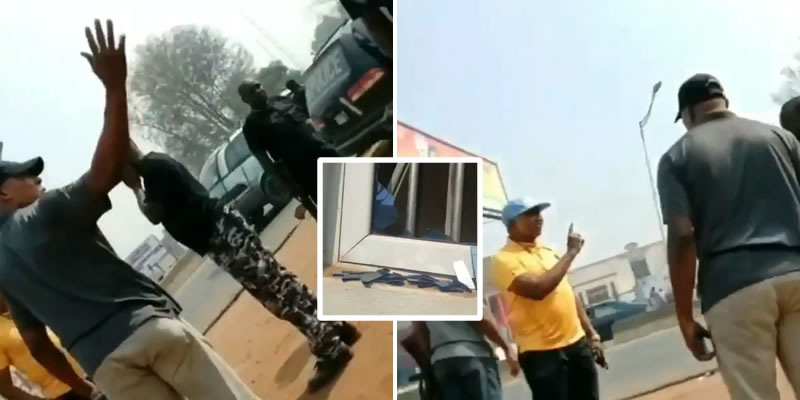 Some officers of the Special Anti-Robbery Squad (SARS) have been disarmed for allegedly breaking into houses to seize phones in Bonsaac GRA Asaba, the capital of Delta state on February 8.

Popular activist, Harrison Gwamnishu reportedly got distress calls from residents of the area and was subsequently instructed by the Delta State Commissioner of Police, Hafiz Mohammed Inuwa to capture the policemen’s vehicle number plate.

According to Harrison, a police team was sent over by the police commissioner and the team disarmed their colleagues after Harrison had given the details of the SARS team led by one Inspector Cultist.

Video: Erica dragged for sticking her tongue into Kiddwaya’s mouth…

I received a distress call from residents of Bonsaac GRA Asaba, that some policemen were breaking into their house searching and seizing phones. No man can fight a man with a firearm.

I quickly called the Commissioner of Police CP Hafiz and he gave me strict instruction to capture their vehicle number.

I got there at 10:00 am and behold the #SARS officer was led by my village brother Inspector Cultist. He pleaded I forgive and help him kill the case. THE SYMBOL OF JUSTICE KNOWS NO BROTHER OR SISTER.

I quickly called the Commissioner of Police and gave him their details and in less than 5 minutes, he sent a team.

Picture/Video
The picture shows the broken window. The video when the team leader was disarmed.
END IMPUNITY – END POLICE ABUSE