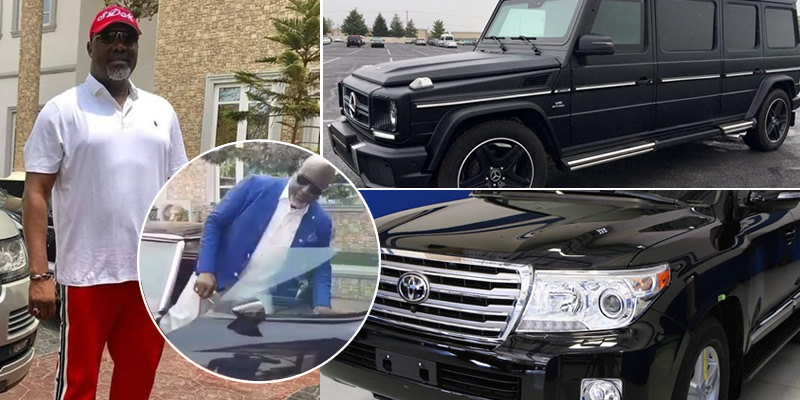 The Nigerian senator who was representing Kogi West, recently took to social media to flaunt his tasteful mansion, he has taken to the same medium to show off after given himself an expensive treat in the form of luxury cars.

The politician, who is known as a car lover, added three more vehicles to his expensive fleet of cars. Melaye bought himself one vintage car and two bulletproof cars, the cars were a 1977 covette, a Mercedes-Benz G-Wagon Limousine, and a Toyota Land Cruiser.

According to reports, Melaye’s bulletproof cars, the G-Wagon Limousine and Toyota Land Cruiser, were customised. The black G-Wagon came with a customised bar, a stool, and a TV.