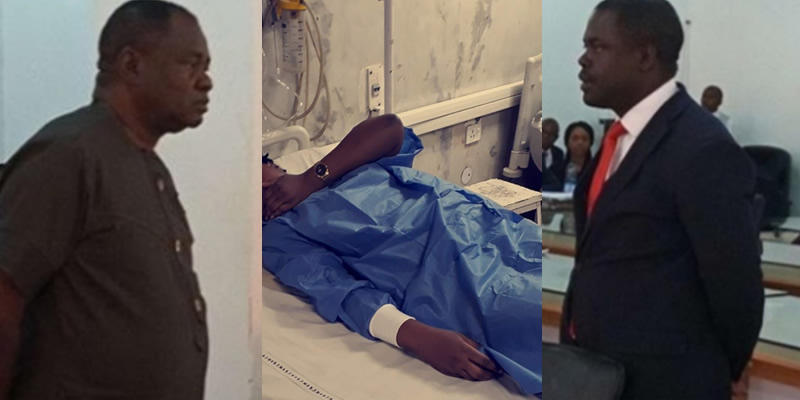 Following the demise of two people, two doctors have been suspended for infamous practice and professional conduct.

The medical doctors identified as Charles Ikeji and Terhemba Lan were suspended from medical practice and the suspension will start from February 18.

A tribunal of the Medical and Dental Council of Nigeria which regulates the practice and teaching of medicine and dentistry ruled that both doctors will not be able to practice for 24 weeks (six months).

The tribunal held that one of the doctors identified as Ikeji who started practising since 1984 operated on a 60-year-old hypertensive using ketamine, a drug used to induce sleep during surgery but cautioned against in cases of high blood pressure.

Recall that the patient eventually died and Ikeji was suspended by an investigation panel of the council in May 2019.

The tribunal found him guilty on four counts—that he “exhibited incompetence in the way he managed the patient”, “failed to do all that was necessary for the patient” and “failed to conduct his medical duty” in accordance with standards.

The second doctor identified as Lan who has spent almost 20 years as a doctor was also found guilty by the tribunal on four counts of misconduct.

Lan was investigated by a panel of the council and suspended last July for leaving his hospital “open, knowing there was no competent person” to oversee the hospital in his absence.

Lan was unavailable on 29 March 2018 at his private clinic-and-maternity practice in Bwari when a patient visited and his absence “enabled a person not registered as a medical doctor to attend to a patient in your care,” the tribunal said.

In the absence of any doctor overseeing the hospital, a community health worker attended to the patient—and even signed a form referring the patient to National Hospital and also a certificate of death when the patient died.