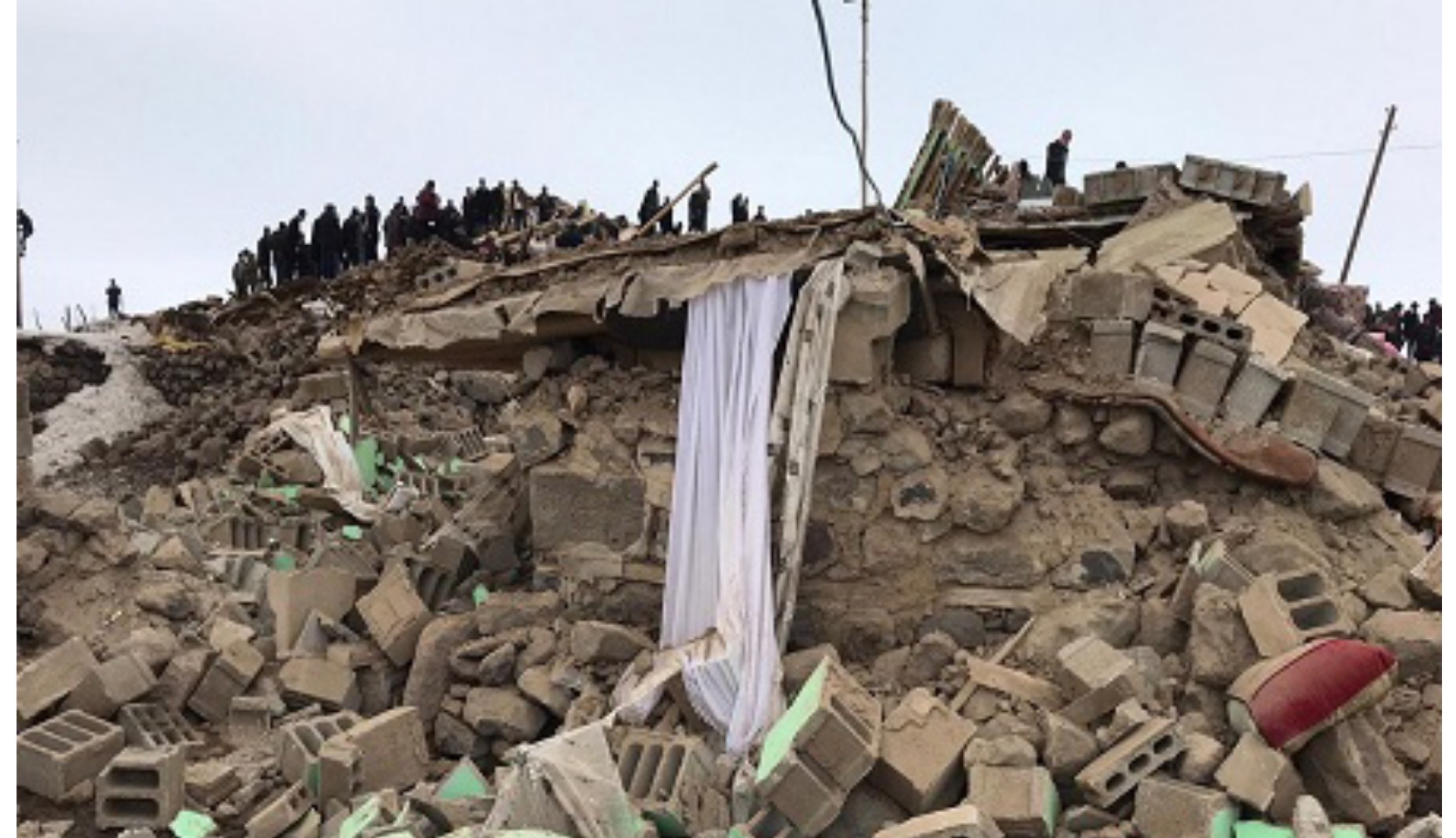 A magnitude 5.7 earthquake in northwestern Iran on Sunday killed nine people, including children, in neighbouring Turkey and injured dozens on both sides of the border, authorities said.

Ambulances and teams of medics rushed to the scene after the quake left homes in piles of rubble in eastern Turkey, picking through the wreckage, while nearby schools were also reported damaged.

Turkish officials said four children were among the nine dead, and Iran reported more than 65 people injured, including 39 who were hospitalised.

In Turkey, the earthquake was felt mostly in the eastern district of Baskale in Van province on the Iran border.

“We have right now no citizens trapped under the rubble,” Turkey’s Interior Minister Suleyman Soylu said.

At least 37 people were injured, nine in critical condition.

The epicentre of the quake, which struck at 0553 GMT was near the Iranian village of Habash-e Olya, less than 10 kilometres (six miles) from the border, according to the US Geological Survey.

The earthquake had a depth of six kilometres, Tehran University’s Seismological Centre said.

A total of 24 aftershocks hit the region Sunday, two of them over 4.0 magnitude, Turkey’s disaster management agency said.

Sunday’s earthquake was felt in several Iranian cities, including Khoy, Urmia, Salmas and Osku, state media reported, though the impact was less severe than in Turkey.

Most injured in West Azerbaijan province, which was struck by two aftershocks Sunday.

The first aftershock was 4.3 magnitude and struck the same region at 1428 GMT, according to the US Geological Survey.

The second, at 1600 GMT, was 6.0 magnitude but it was four kilometres deeper than the one in the morning and therefore less likely to cause serious damage.

Both Iran and Turkey sit on top of major tectonic plates and see frequent seismic activity.

In November 2017, a 7.3-magnitude quake in Iran’s western province of Kermanshah killed 620 people.

In 2003, a 6.6-magnitude quake in southeastern Iran decimated the ancient mud-brick city of Bam and killed at least 31,000 people.

Iran’s Gulf Arab neighbours have raised concerns about the reliability of the country’s sole nuclear power facility, which produces 1,000 megawatts of power, and the risk of radioactive leaks in case of a major earthquake.

Turkey is also prone to earthquakes and over 40 people died in January after a 6.8-magnitude quake struck Elazig in eastern Turkey.

In 1999, a devastating 7.4 magnitude earthquake hit Izmit in western Turkey, killing more than 17,000 people including about 1,000 in the country’s most populous city, Istanbul.

Van, which was hit by a 7.1 magnitude quake in 2011 killing more than 500 people, was struck by tragedy again this month when two avalanches left 41 people dead.