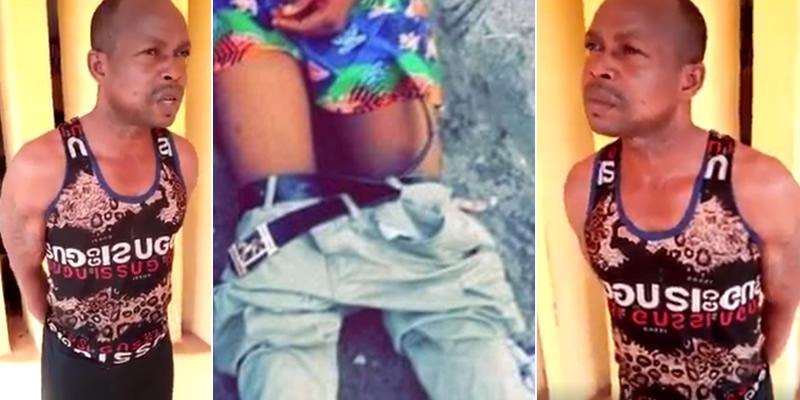 A 38-year-old man identified as Emmanuel Bassey has been arrested by men of Anambra State Police Command on Friday for allegedly raping six underaged boys in the state.

According to the police, Bassey was arrested in Awka, the state capital of Anambra and he has confessed that he slept with the boys who are between the age bracket of 10 -14 years.

The Police Public Relations in the state, Haruna Mohammed disclosed that the 38-year-old man who is a native of Cross River State blamed his actions on demons.

“Suspect allegedly had unlawful carnal knowledge against the order of nature with over six small boys of between 10 and 14 years on different occasions.”

Mr Haruna said the “suspect has equally made a voluntary confessional statement to the police and blamed his act on demons.”

Mr Haruna noted that the scene of the crime was visited by police detectives and the six victims have been taken to the hospital for medical examination.

The Commissioner of Police, John Abang has ordered for immediate transfer of the case to the State Criminal Investigation Department (CID) for discreet investigation after which suspect would be charged to court for prosecution”, he added.

Why you should stop using saliva as lubricant in Bed, Medical Expert warns

Father threatens to take daughter out of Coronavirus isolation center to…