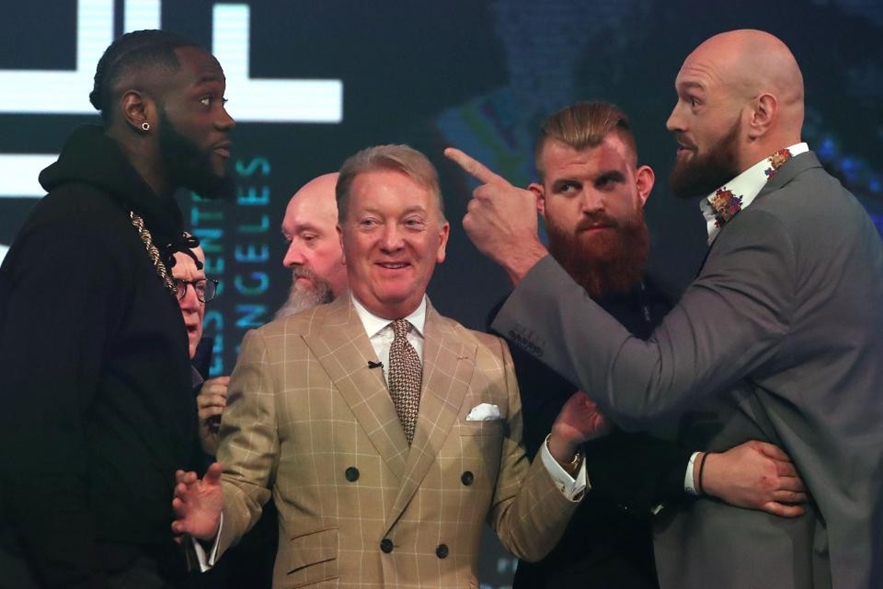 Despite Anthony Joshua wanting to fight Fury next, Frank Warren, manager and promoter of Tyson Fury has revealed that a trilogy fight between Deontay Wilder and Tyson Fury could be up next.

Recall that Fury surpassed the odds by giving Deontay Wilder a master class in boxing on Sunday morning, knocking out Wilder twice before Wilder’s team threw in the towel at the seventh round, after he had received extensive damage on his ear and lips.

Fury, now the WBC, Lineal and Ring magazine heavyweight champion, could face Anthony Joshua next, but that is if Wilder refuses his 30- day option to activate a re-match clause in their contract. If Wilder activates the rematch clause, then a trilogy fight should be expected by June or July but if he doesn’t then Fury could agree a fight with Joshua that could see all belts in the Heavyweight division, belong to the eventual winner in a unification bout.

According to Warren, Wilder’s co-manager Shelly Finkel called him on Sunday morning to let him know that a trilogy fight was coming.

“Shelly Finkel rang me the morning after the fight to tell me they would probably invoke the immediate rematch,” Warren told Metro.co.uk on Sunday night

“So that’s where we’re at right now. I’m assuming that the trilogy fight is going ahead.”

If Fury doesn’t face Joshua or Wilder next, then a mandatory defense against Dillian Whyte could be up next..

“Everything is in the hands of Deontay Wilder’s team for the next 30 days but I’d like to see a unification,” Warren told Metro.

When asked if it would be a 50/50 split, he said smiling: “I don’t know now. He’s in the slipstream isn’t he? Maybe make it 70/30 generously on second thoughts [smiling].

Warren was also asked about the anticipation for a Fury/Joshua bout, he said ‘Not a problem. That’s where we are, we’re top of the world with heavyweights aren’t we. It’s brilliant. But we all know who the number one is.

“Of course we want to see it. Listen, he don’t duck anyone. He went to Germany and beat the guy [Wladimir Klitschko] with the second longest reign of any heavyweight champion. He’s been here [USA] twice. Who does he duck? Come on.”

Warren also admitted he expects Fury to defeat Wilder again if Wilder exercises his rematch clause in the next 30 days.

“You would expect him to exercise the option, whether he goes through with it I don’t know.