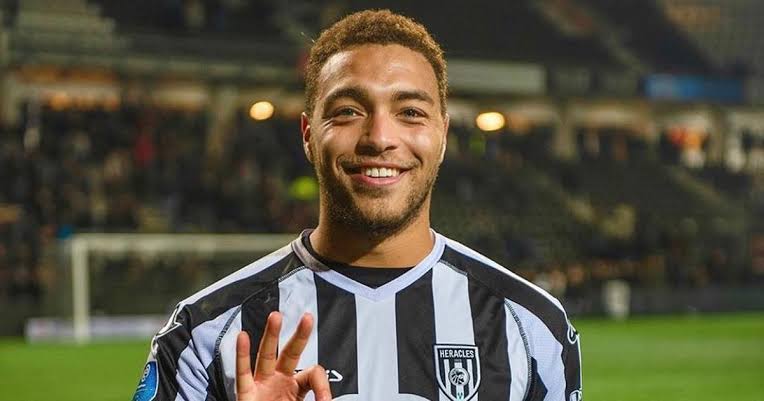 Heracles Almelo of Holland forward Cyriel Dessers has obtained a Nigerian passport paving the way for his invitation to the Super Eagles for next month’s 2021 Africa Cup of Nations double-header against the Leone Stars of Sierra Leone.

Dessers got his green passport Tuesday and could now make his Eagles debut on March 27 in Asaba against the Leone Stars.

Dessers, whose mother is Nigerian, could also play for Belgium, but he has been quoted as saying he has opted to play for the Super Eagles.

Meanwhile, Dessers has revealed that five years ago he made up his mind he wanted to play for the Super Eagles and not Belgium, where his father is from.

A source close to the Heracles striker disclosed that “He said he has been following the Super Eagles for a long time and even though he has played for Belgium at youth level, he had made up his mind five years ago that he wanted to play for Nigeria, where his mother is from.”

Dessers was delighted after he held his Nigerian passport, the source added.

“He was very, very happy,” the source disclosed. “He simply asked ‘so, this is my Nigerian passport?’”