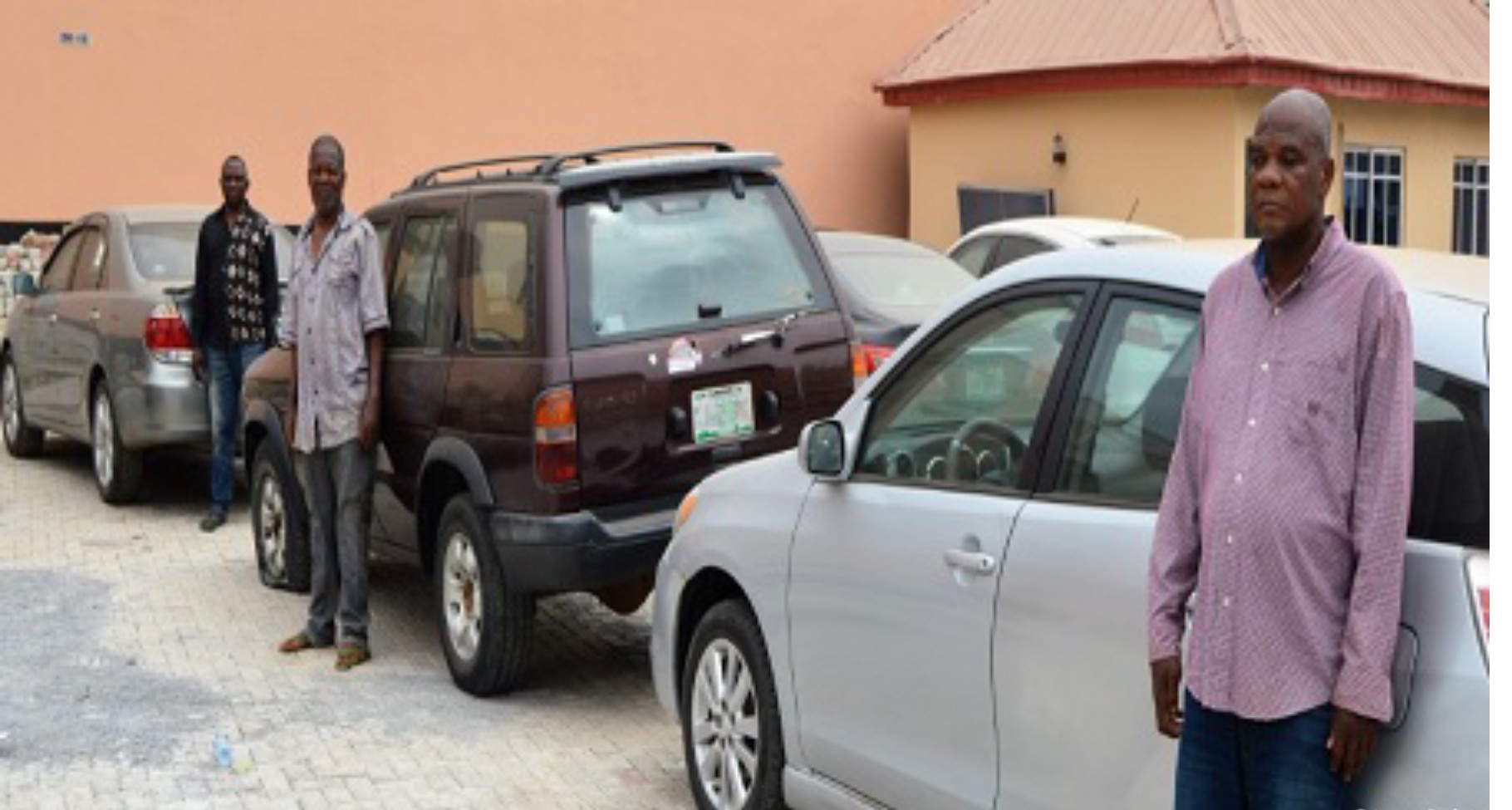 The suspects and others still at large were accused of conspiring to dispossess the revered Ibadan High Chief of sums running to about N300m.

According to a statement signed by the agency’s acting head, Media and Publicity, Wilson Uwujaren, the suspects were apprehended following a petition written to the Commission by the revered chief’s younger brother.

Balogun, who is next to the Olubadan in the Olubadan-In-Council hierarchy, was a Senator representing the Oyo South Senatorial District under the platform of the defunct Alliance for Democracy (AD) in National Assembly between 1999 and 2003.

According to Uwujaren, High Chief Balogun’s younger brother, “Dr Kola Balogun, who currently sits in his former position in Nigeria’s upper legislative chamber, had written an emotional petition to the EFCC as a concerned member of the Aliwo family’, seeking the Commission’s intervention in smashing the syndicate and ensuring that members are made to pay for their alleged crime.

“The younger Balogun feared that the High Chief may have been charmed by the suspected fraudsters as he was still unable to come to terms with the reality of his situation.”

Uwujaren stated further that “This request became necessary because we believe strongly that the victim has been hypnotised, he is not in a position to admit it and his health condition is deteriorating,” the senator stated in the petition.

EFCC statement informed that “Preliminary investigations into the allegations revealed that for the past four years, the suspects have consistently collected various sums of money from the High Chief.

“The sums, according to findings, were not attached to any particular projects and no receipts were issued to indicate the existence of any genuine transactions between the parties.

“As the time of their arrest, the syndicate had received about N300 million (Three Hundred Million Naira) through bank transfers from the Ibadan High Chief.

“The Commission has designated for possible forfeiture four vehicles and six landed properties traced to their alleged fraudulent activities.

The EFCC is still on the trail of their fugitive partners, as further investigations are underway, Uwujaren stated.