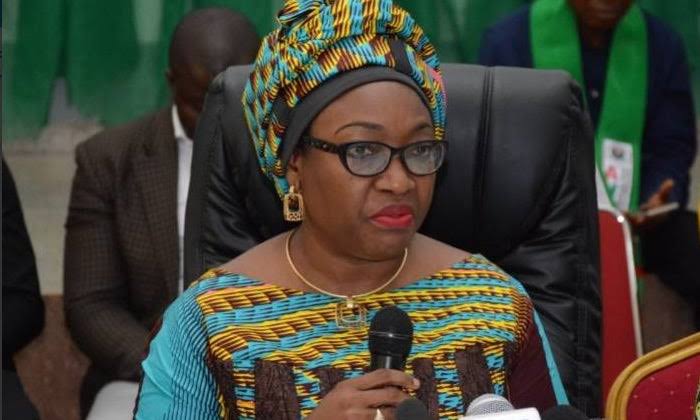 President Muhammadu Buhari has approved the retirement of Winifred Oyo-Ita as head of service, saying it is “without prejudice to the on-going investigations into the allegations against her”.

Boss Mustapha, Secretary of the Government to the Federation (SGF), disclosed this in a statement issued by Olusegun Adekunle, Permanent Secretary (General Services), on Friday.

There were allegations of a N3 billion contract scam levelled against her but she denied it vehemently. A court had ordered the permanent forfeiture of funds allegedly linked to her.

Consequently Oyo-Ita tendered her resignation following pressure from her family members but the president had rejected her resignation at the time.
In the statement, the SGF said Folasade Yemi-Esan, a dental surgeon who has been acting head of service, has been appointed in substantive capacity.

“In approving the retirement, President Muhammadu Buhari affirmed that it would be without prejudice to the on-going investigations into certain allegations against the immediate past head of the civil Service of the federation,” he said.

“He thanked her for the invaluable services to the nation and wished her well in all future endeavors. In a related development, President Muhammadu Buhari in exercise of the powers vested in him by Section 171 (2) (b); and in compliance with Sub-Sections (3) and (5) of the 1999 Constitution of the Federal Republic of Nigeria (as amended) has approved the appointment of Dr. (Mrs.) Folasade O. Yemi-Esan as the substantive head of the Civil Service of the Federation with effect from Friday, 28th February, 2020.

“Until her new appointment, she was the acting head of the civil service of the federation, a position she assumed since.”