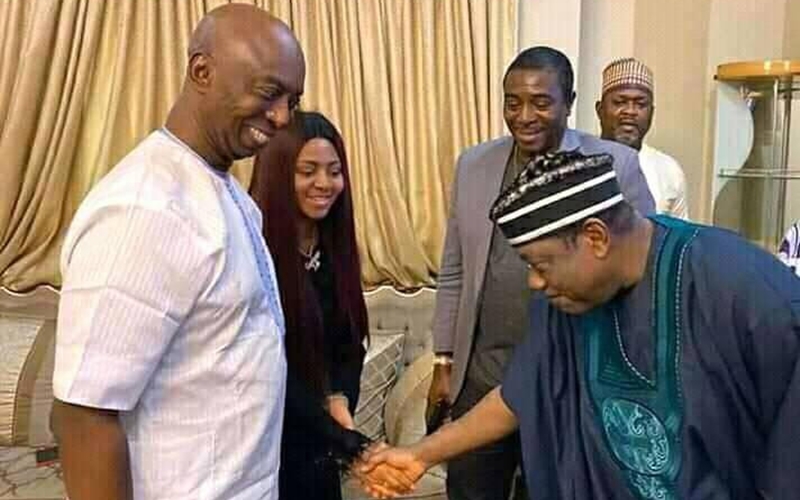 Popular actress, Regina Daniels who recently had a star-studded inauguration of her own magazine, has caused a stir on social media after  Senator George Akume, Nigeria’s minister for Special Duties and Inter-govenment affairs was spotted bowing to her.

Senator George Akume, Nigeria’s Minister for Special Duties and Inter-government affairs was reported  to have met Regina Daniels and her hubby Ned Nwoko at their house when the picture was taken.

This has got people on social media talking, as many were amused that the senator bowed to greet Regina.

Some days ago,Regina Daniels took to her Instagram to unveil the inaugural cover of her magazine, Regina, announcing that it will be launched at an event in Abuja.

“My Love, You Are A Blessing To This Generation”, JJC Skillz gushes…

“With utmost gratitude in my heart I introduce to you REGINA MAGAZINE first edition… Pls Join me as I launch REGINA MAGAZINE on 22nd February 2020 @ Sheraton hotel Abuja,” she wrote.

A quick look at the cover showed she talked about her choice to marry Prince Ned Nwoko, her mother Rita Daniels’ claim that the actress married a virgin, and many more others.