by Adejayan Gbenga Gsong
in Metro
Reading Time: 2 mins read
0 0
A A
0

Newly acquired machines worth over a billion naira belonging to an indigenous carpet manufacturing factory, Jackson Devos operating under the Calabar Free Trade Zone in Calabar (CFTZ) were razed at the weekend during an inferno.

According to an eye witness, the fire incident started at about 10am last Friday.

The affected area was the building which housed the company’s newest factory specially designed to produce modern rugs to complement the wall- to- wall carpet factory within the Jackson Devos premises.

It  was reported that Six machines valued at over a billion naira were completely burnt to ashes. 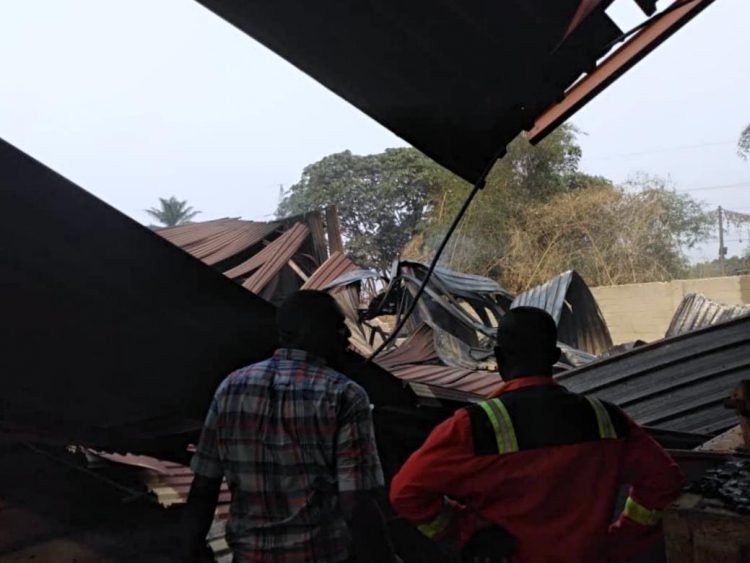 As at press time efforts to reach any of the directors for comment proved abortive.

Meanwhile, it was learnt they would not be able to discuss the incident until after a full investigation by the law enforcement agency and the Nigerian Export Promotion Zone Authority, NEPZA.

But, a consultant to the company, Mr Sammy Etuk, in his response mentioned that machines were destroyed by the fire outbreak. 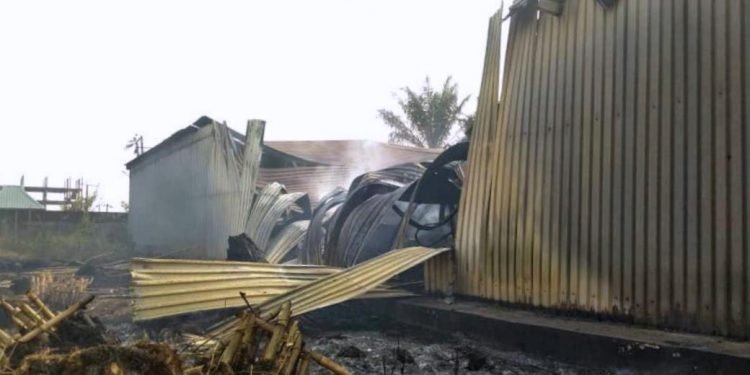 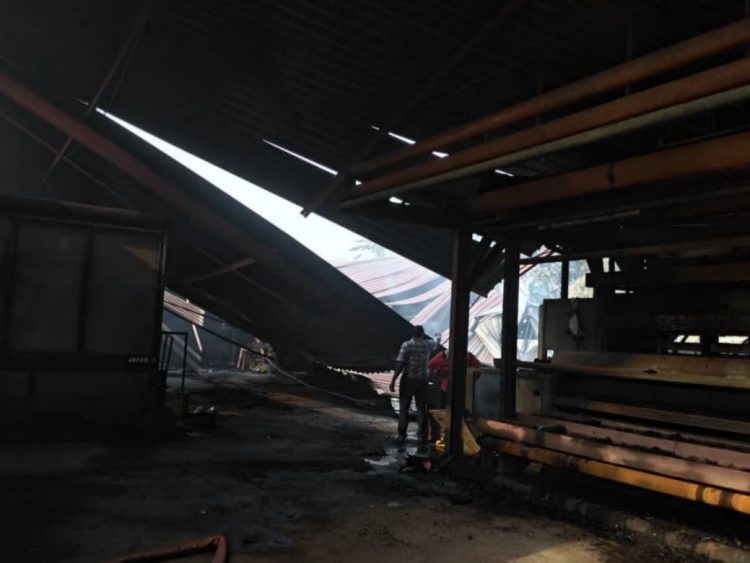 A staff of the firm, who preferred to remain anonymous, recounted how they were shocked to see the building burnt in the hellhole.

“I went to work at about 9 am, performed my normal checks.

“But while I was settling down, though I didn’t check the clock because everything was sudden, I heard the security man shouting for help.

“When we rushed out, we saw smoke behind the building. Nobody knew what was going on.

“Frightened, we contacted the fire service at the zone immediately while others put calls through to the city fire service and any other organization like Nigeria Port Authorities in the zone and our immediate neighbouring companies for help.

“There was no one at the factory at the time because electricity had not been reconnected to the building. We only open the door daily for fresh air,” she explained.

She said by the time the firefighters arrived, they were overpowered by the fierce inferno and had to call for backups as the water from the first tank was exhausted.

When other workers and adjoining companies arrived they joined the fire servicemen to battle the blaze.

An eyewitness said before the fire was put off finally in the night, a colossal damage has been done leaving the factory in ruin.

Jackson Devos producers of the famed crown carpet have been one of the reliable textiles industries in Nigeria, employing hundreds of staff.

It was taken off in the 1980s by the NDIC with a view to recovering a loan allegedly owned by the company.

While the NDIC was in charge of the company, several of its machines were purportedly vandalised which stalled its operation for years, the case is still lingering in court.

A former staff of the company, Mr Emmanuel Utin, told newsmen that the machines vandalised then were the livewire of the company which prompted the institution of court action to ensure recovery.