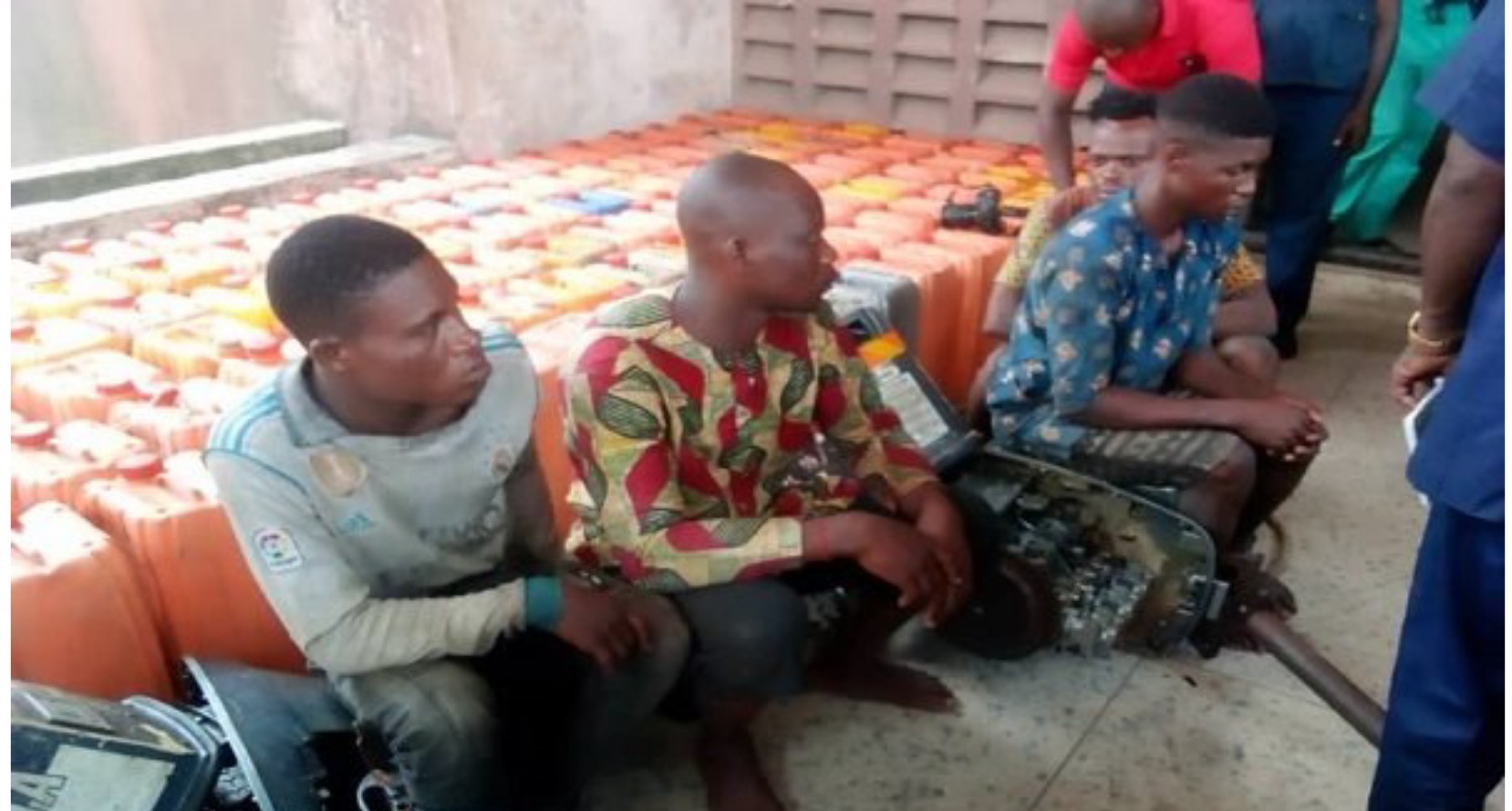 Four arrested for alleged attempt to smuggle PMS in Badagry

The suspects, Akpnoundje Sunday, 32, Soke Enoch, 25, Alber Kouwonou, 25 and Marsiel Evessehuo 24 were apprehended at Idale High Sea at the weekend by operatives of the corps attached to Badagry.

It was gathered that 130 jerrycans of 25 litres each filled with PMS and two engine boats were recovered from the suspects.

According to NSCDC Commandant Fasiu Adeyinka the suspects were arrested by the marine unit of the Anti-vandalism squad in Badagry at the wee hour of Thursday while they attempted to ship the products to Cotonou in Benin Republic.

Adeyinka said the operatives in another operation intercepted three wooden boats on Dadi high sea in Badagry at about 3:35pm on February 26.

“The boats were loaded with 71 bags of rice, two gallons of groundnut oil (25 litres each), 30 cartons of frozen foods, three Yamaha boat engines,” he said

The Commandant warned criminals to stop acts of sabotage, stressed that the agency would not relent on its mandate to fight pipeline vandals and other criminals.