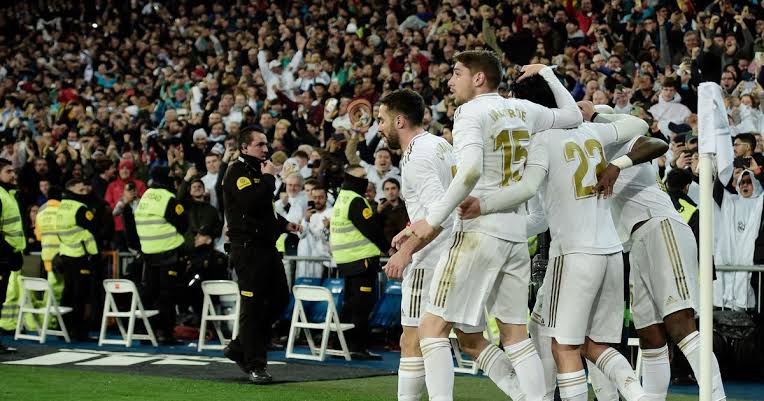 Real Madrid return to top spot after victory over Barcelona

Real Madrid went top of the LaLiga table on Sunday night, following a 2-0 win over bitter rivals Barcelona at the Santiago Bernabeu.

Los Blancos came into the latest El Clasico fixture two points behind Barca, having lost 2-1 to Manchester City in the Champions League round of 16 first leg.

However, Zinedine Zidane’s men breathed life into the title race in Spain, with a fine display against the Catalans.

Vinicius Junior and Mariano Diaz scored in the second half to seal a big win for Madrid.

The victory sees them go one point clear of Barca at the top of the Liga table and also gave them the better head-to-head record, which could be crucial in such a tight title race.

With the brilliant performance, Vinicius Jr, has now become the youngest player to score in an El Clasico fixture.

In doing so, Vinicius became the youngest person to score a goal in Spain’s most famous fixture, replacing Lionel Messi who bagged a hat-trick in 2007.

Vinicius was just 19 years and 233 days in Sunday’s game.