The 37-year-old posted a picture of the passport and another fake document on Instagram on Monday. The actor warned his followers to be careful and vigilant in order not to fall victim of fraudulent schemes.

“This is part of the rubbish I have to deal with. Pls, people kindly BEWARE of this FAKE FRAUDULENT PHOTOSHOPPED DOCUMENTS used by SCAMMERS to DEFRAUD women and fans of mine. Pls Stay VIGILANT,” he wrote. 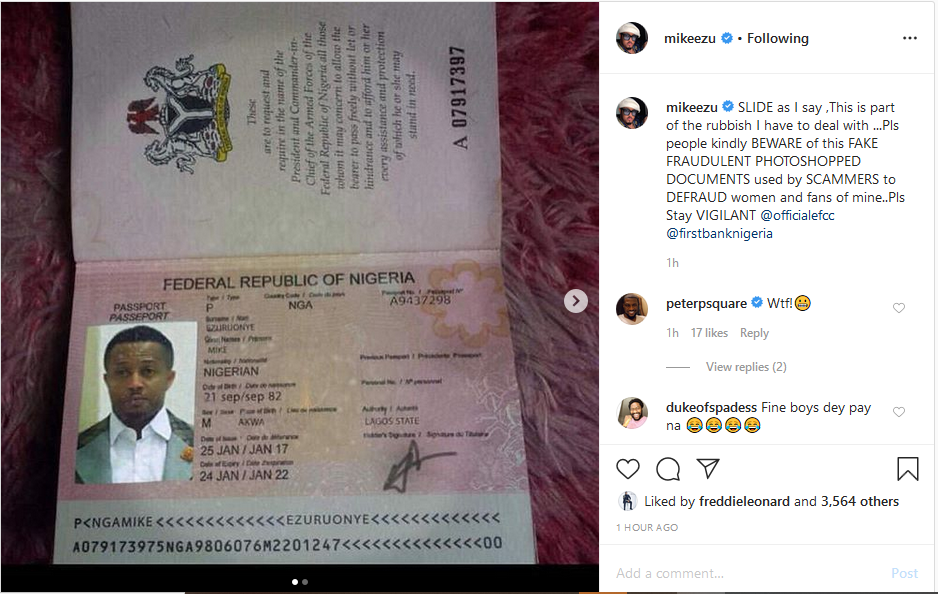 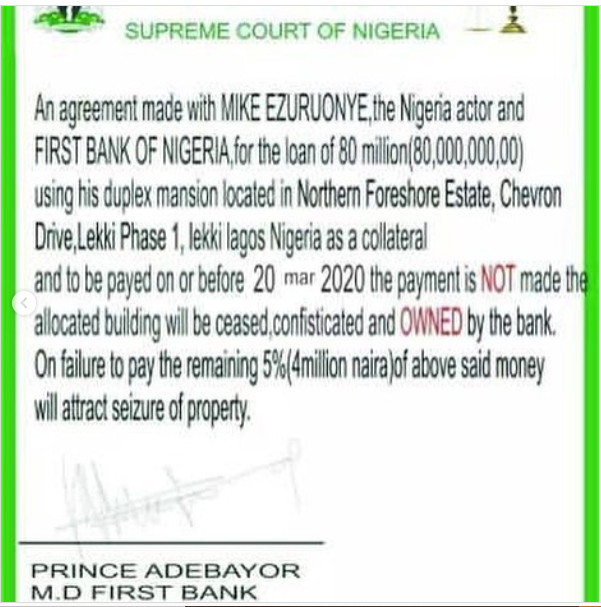 There have been previous attempts to defraud people using the actor’s name and image.

In September 2017, Mike took to Twitter to expose a fake video used by the fraudsters to defraud people. A year later, a man was arrested by the Economic and Financial Crimes Commission (EFCC) and jailed for a year for impersonating him.

In related development, Nollywood actor, Bolanle Ninalowo, identified a fake passport and a fake ATM card created in his name.

The movie star shared pictures of the items on Instagram, saying he was not surprised by the discovery.