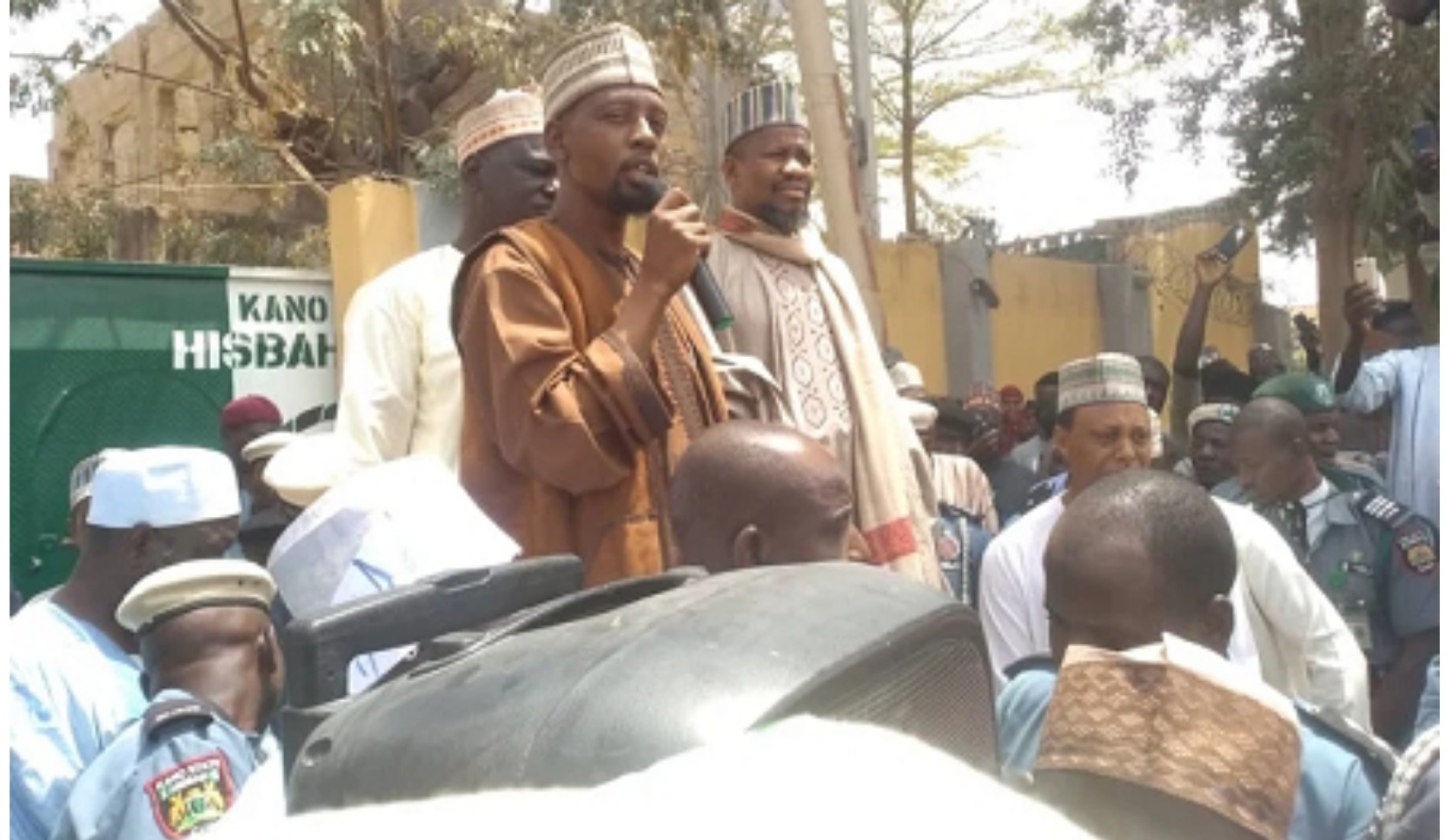 Hundreds of aggrieved youth stormed Kano Hisbah office, on Wednesday, to stage a protest over an alleged blasphemy song against the holy prophet Muhammad, calling on the government to do the needful by arresting the purported singer.

Meanwhile, the Kano Hisbah Commander, Harun Ibn-Sina while addressing the protester, said officials in the state are on top of the situation and the parents of the blasphemer have been arrested and currently at the police custody.

During the protest, the protesters, displaying various placards, alleged that the government and the security agents in the state are reluctant to act on the issue.

According to the convener of the protest, Idris Ibrahim (known as Baba Idris), they came to notify the government to do the needful otherwise they would take laws into their hand.

He, however, disclosed that previously, similar incidents occurred in the state but the issues were not attended to by the state’s authorities.

It would be recalled that one Yahaya Sharif-Aminu, composed a song alleged to contain derogatory verses attributed to the Holy Prophet Muhammad (PBUH). which cascaded into violence against the families members of the musician who fled the area.

According to report, last Friday, the family house of the singer located at Sharifai quarters in Kano Municipal Local government was set ablaze by irate youths who invaded the area in protest against the song.

Sources revealed the singer to be a follower of Tijjaniya sect and is a member of Faidha group who are known for their preference of Ibrahim Nyass (a famous Senegalese Islamic Scholar) over Prophet Muhammad (SAW).

The Kano Hisbah Commander, Harun Ibn-Sina, while speaking with the protesters revealed that the state is on top of the crisis adding that the parents of the blasphemer have been arrested and currently at the police custody.

However, while addressing the protester, the representative of the state police commissioner, Habu Sani, told the protesters that police are making effort to arrest the fleeing singer.

Hamza, a representative of the police chief, also urged the protesters to be law abiding citizens by allowing the security agents to do the needful. He assured the gathering that the singer would not go unpunished.