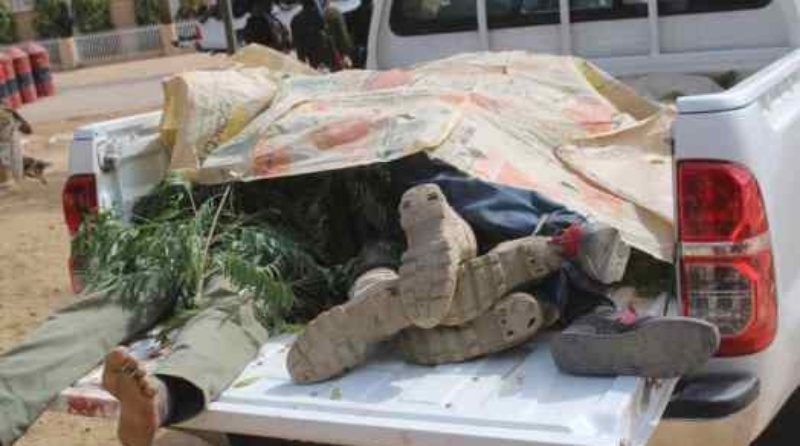 Following an attack launched by Boko Haram insurgents in Dapchi, a village in Yobe state on Wednesday, March 4, no fewer than six policemen and two others have been confirmed death.

Reacting to the incident, the Executive Secretary of Yobe State Emergency Management Agency (SEMA), Mohammed Goje told reporters on Thursday March 5 that the security agents killed in the attack were Mobile police officers while the identities of two others are yet to be ascertained.

While travelling in a small convoy with Goni Bukar, the commissioner for sports and youth development, Goje disclosed that he is in Dapchi with his team to evacuate the corpses of those killed in the attack.

“We have just returned from Dapchi as you can see. We have evacuated eight dead bodies. Six of them could be easily identified as police personnel because they are wearing police uniform. Most of them are MOPOL.

“The other two bodies I can’t say their identity because either, the soldiers nor vigilante or police could identify them as their members.

“We have to evaucate the bodies from the scene because we cannot allow the dead bodies to rot away because these people that are killed have families.

“We have therefore given instruction at the mortuary that their corpse should be properly taken care of for identification. They deserve befitting burials from their families.”

He further revealed that the corpses were deposited at the General Sani Abacha Specialist Hospital mortuary.

Goje revealed that the military base and a section of the police station in the village were also burnt in the attack.