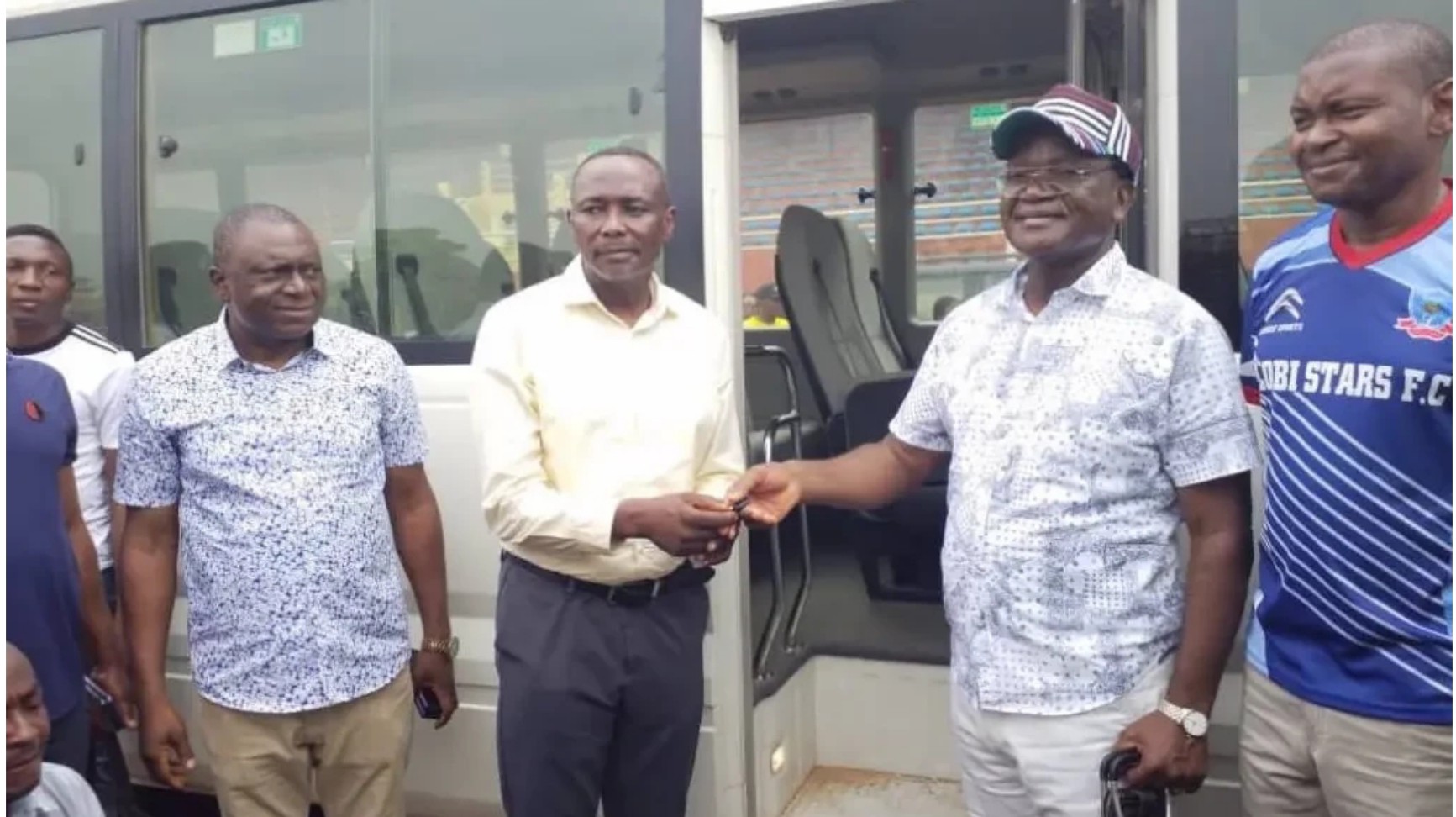 Ortom who paid a scheduled visit to the players at Aper Aku stadium thanked God on their (players) behalf for averting calamity as their vehicle burnt down on their way from Ilorin.

It would be recalled that the club official bus was gutted down by fire last week Monday before Adaka Village on Naka Road, few kilometers away to Makurdi on their way back from Ilorin, Kwara State where they went to played Kwara United in the Nigeria Professional Football League for 2019/2020 Match Day 22.

Ortom while presenting the new bus also gave N10m cash to the players which he said would assist the players to replace some of their training kits that were damaged inferno.

The governor enjoined them not to be deterred by the fire incident but remain focus and resolute in winning the Nigeria Professional Football League, NPFL.

He commended the team for their wonderful display in the NPFL, expressing the conviction that the players can win the league again

Nobody asked you to give FG 1 billion as donation, Nigerians react as…

“I am aware that Lobi has produced professional footballers who are alighting their trading in foreign land making Nigerians proud. Thank God that Lobi is at the forefront of raising people”, Ortom said.

In his remark, the vice-chairman of the club, Mike Idoko thanked the governor for the support which had made them to perform well and maintain a good position in the NPFL table.

In his response, the stand-in captain of the team Daniel Atsaka said the incident is traumatic, noting that though no life was lost, they lost a lot of valuables.

He said they feel encouraged and motivated by the Chairman’s soothing words and appealed that a new vehicle should be given to the team.