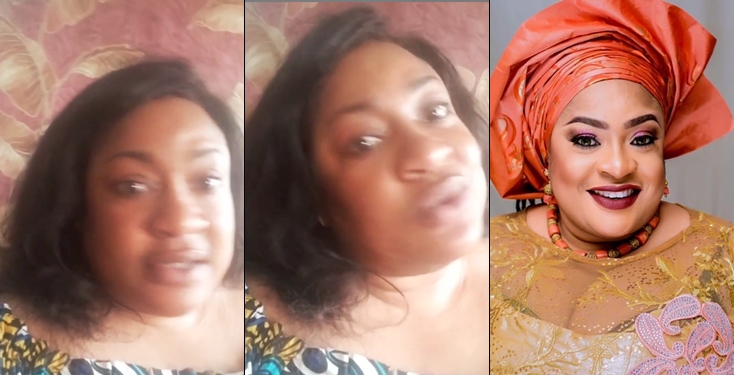 Foluke Daramola debunks the news of her death, placed curses on rumor mongers

Days after actress Foluke Daramola announced the shocking demise of actor, Pa Kasumu, rumours making the round have revealed that she has also reportedly passed away.

To debunk the rumours, the actress released a video to address those spreading rumours that she’s dead.

Foluke cursed the rumour mongers and said they deserve to be sued. She added that those making up such stories are the ones who will eventually die.

“I am not dead’ She said,as she cursed her haters that they will be the one to die in her place.

She made a video and captioned it ;