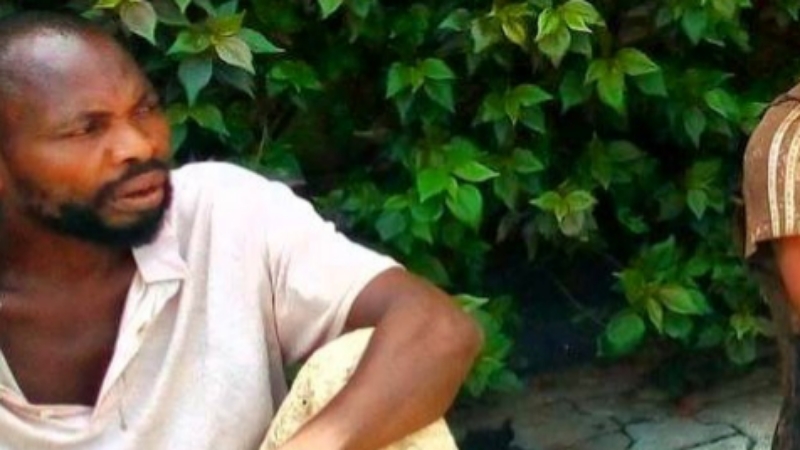 A 45-year-old suspected herbalist identified as Idris Sule Shaye has been arrested by the Ondo State Police Command for allegedly dealing in human parts.

The Police Public Relations in the state, Tee-Leo Ikoro while parading the suspect before newsmen disclosed that Shaye was arrested after his neighbour, Ahmed Odere raised an alarm after detecting a foul odour in their building at the Owani area of Idoani and reported to the police.

“Odere asked the tenants living in the compound and none of them could actually explain where the odour was coming from.  They complained to the landlord, Abu Abedo, and he had to search everyone’s room.

“During the search, nothing was found but they discovered later that Mr Shaye was not around and they had to go look for him. When they found him, they led him into his apartment and eventually discovered that the smell was coming from there. He brought out a sack bag containing burnt flesh, human head and two hands.” Ikoro said.

Shaye told the police after he was arrested that two brothers, Dipo Jimoh and Damaka Jimoh contracted him to help them get a human skull.

“It was Dipo and Damaka that contacted me to help them cut the head and hands of a dead man in Isua-Akoko area. They told me their father need human parts and promised me money if I am able to get it but the the police arrested me before I could take it to them.”  Shaye said

The police say investigation is ongoing and the suspect will be charged to court soon.