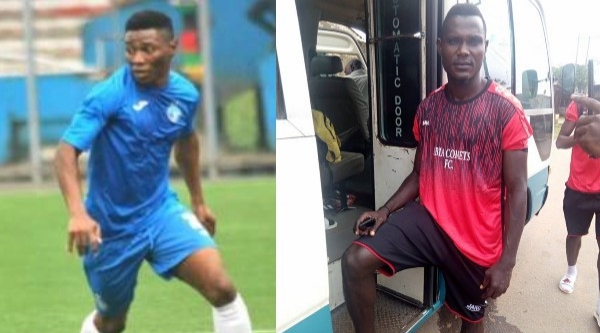 WITHIN NIGERIA learnt that Benjamin Iluyomade plays for Abia Comet while Ojo plays for Enyinmba Football Club of Aba.

The abduction was confirmed by another player identified as Emma James who escaped the attack.

“We were traveling on the road when the gunmen came out from the bush and attacked us.

“They shot sporadically before abducting some people in the vehicle including the two players but I managed to escape.”

One of the players of Sunshine Stars of Akure who craved anonymity, said the kidnappers have already made a call and demanded for ransom.

“The kidnappers have reached out and named their price already. Ojo was allowed to speak too during the conversation.

“Trying time for the Enyimba FC’s midfielder and family. Please, pray for him and the other victim that was kidnapped too.”

Reacting to the incident, the Police Public Relations in the state, Tee-Leo Ikoro confirmed the abduction and also said that one of the players have been rescued.

“We have been able to rescue one of the players and our men are already in the bush after the kidnappers. I will get the details of incident as soon as I get the information from the DPO of Ipele.”