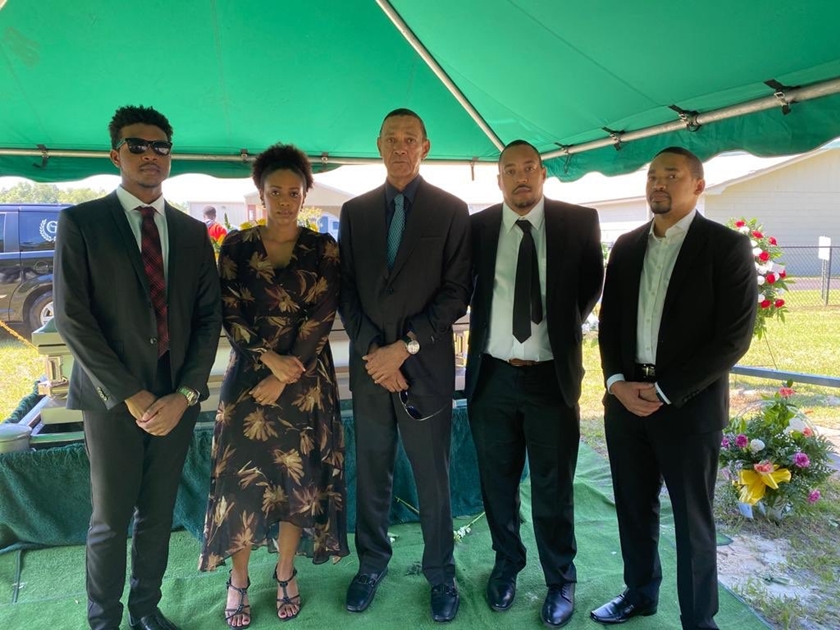 Evelyn Murray-Bruce, the wife of Nigerian politician, Ben Murray-Bruce who died some days ago after a long battle with cancer has been laid to rest.

Recall that sometime ago, the senator announced the demised of his dear wife on Twitter, revealing that his wife died on March 20th.

He shared photos from the funeral on Twitter and wrote;

“’We are made from earth, and we return to earth. Today, we buried my beautiful wife, and mum to our beautiful children and grandchildren, Evelyn Murray-Bruce.”

See more photos from her funeral below.