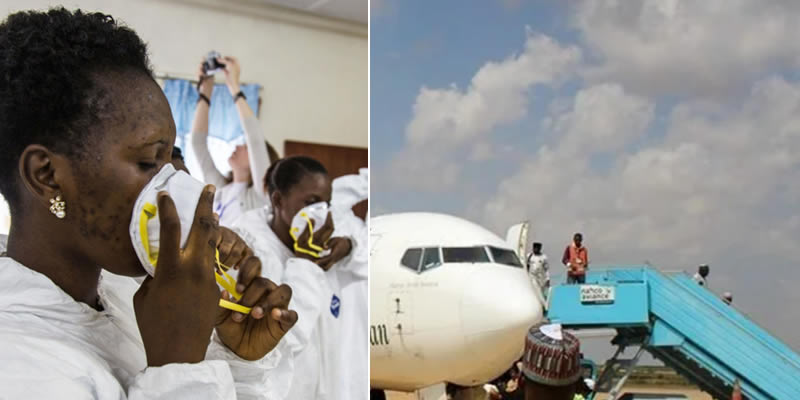 A Nigerian man, Mr. Emeka Ijeh who recently returned from United Kingdom, the country where convid-19 epidemic cases is on the rise and where several victims in Nigeria arrived from, has refused to take isolation advise and also assaulted the health workers in Okpanam, a community in Oshimili North Local Government Area of Delta State after he was confronted.

According to one of his victims, an epidemologist, Richard Ikwuogu, while recounting the incident, he said they showed up at Mr. Ijeh’s home after receiving report of his refusal to isolate after returning to the country from London on March 23.

Prior to the alleged attack, Mr Ijeh allegedly hurled abusive words at health officials when called on the phone and asked to follow the health directives.

“We went with the intent of discussing why he should self-isolate but because of the phone call experience, we went to the Ogoani of Okpanam who asked the chairman of (a) vigilante group in Okpanam to lead us to the place.

“On getting to his house opposite the Omu of Okpanam. He was informed that some persons were looking for him. He came down and while we tried to exchange pleasantries, he started abusing us that we were infringing on his privacy.

“He ordered us out of his residence. We left quietly but I never knew he was following us.

“I and other officials were immediately assaulted on the road by Mr Ijeh.”

The Commissioner of Health in Delta state, Mordi Ononye also confirmed the incident in a statement he released on Saturday March 28. Ononye said the man who has not undergone a coronavirus test was arrested and later released because it was not in line with best practices.

He added that the man’s arrest could pose a health risk and further spread the disease if he is positive.

The commissioner also disclosed that Ijeh who has apologized to the health officials, claimed he has been “treated as a leper” since his return from London. Ononye however stated that the London returnee’s claim is not an acceptable excuse for the attack launched on health officials who visited him.

Tuface’s baby mama, Sunmbo Adeoye opens up on how she lost a child 3 years ago, but blessed with two now

VIDEO: Married man collapses after sleeping with another mans wife in…