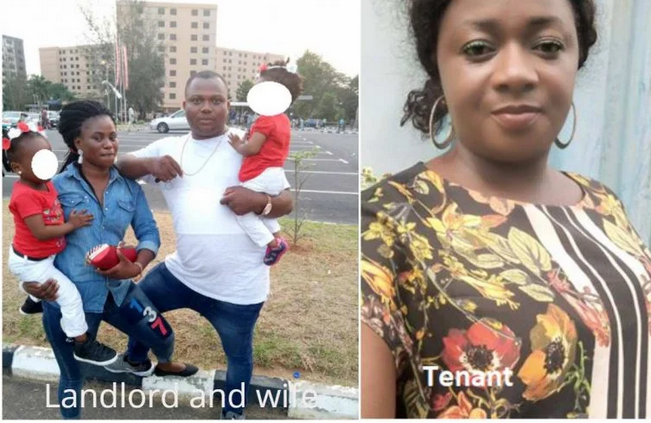 A landlord and his wife have been arrested in Lagos state, after the wife slashed a tenant’s face over unpaid bills.

According to reports, Oyize Peter was owing electricity bills and the electricity distribution company disconnected her house. The landlord was angered by this because the tenant’s house was also connected to the pumping machine that serves the entire compound.

The landlord then called an electrician to connect the machine’s wire to his own apartment. He also got a plumber to disconnect Oyize’s pipe so she wouldn’t have access to water.

Oyize refused to be sidelined in this way so she objected and it led to a verbal altercation.

Later, after calm was restored on Sunday, March 29, Oyize was doing chores when the landlady allegedly took her unawares and used an axe to slash her on her face, leaving her with multiple lacerations.

The victim was immediately rushed to the hospital while the couple were arrested.