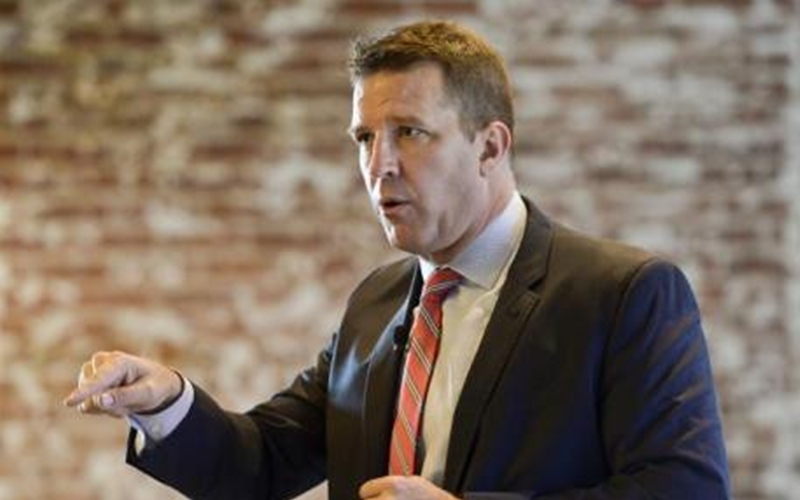 Colorado Mayor dismisses Coronavirus concerns, dares someone to spit in his mouth

Mayor Brian Bagley of Longmont, Colorado, USA has seriously urged the US government to stop  locking down cities and closing off businesses as he publicly downplayed the Coronavirus disease.

Mayor Bagley who has been defiant when it comes to the coronavirus pandemic, appeared to suggest during a recent City Council work session that people in low-health-risk categories shouldn’t be worried about contracting COVID-19.

The Mayor according to the Times-Call reports, made a bizzare comment saying even if someone spat in his mouth he won’t die.

“I want somebody to come over and spit in my mouth so I can get in the hospital now, because I’m not going to die,” said Mayor Bagley according to The Times-Call.

“I am not advocating that money is more important than lives or health,” Bagley said at that meeting. “I’m not saying this isn’t serious. I’m not saying that I’m going to violate” the stay-at-home orders, “or go rogue.”

Bagley continued “I’m going to follow the current orders, but this is only going to get worse, and it’s not going to be the virus that’s going to cause it.”

After massive outrage followed his comments, the Mayor downplayed the incident.

“First of all, I was speaking with emotion and sarcasm, obviously I don’t want someone to come over and spit in my mouth,” Mayor Bagley told Denver’s Channel 7 reporter Adi Guajardo.

“What I meant was there is room in the hospital” and that he would rather get sick, if that happens, now instead of later.”