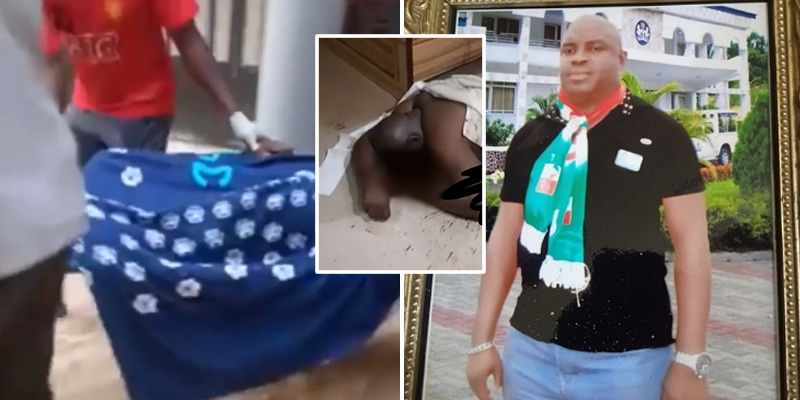 A tragic incident occurred in Port Harcourt, Rivers State Capital after a Nigerian man identified simply as Daniel was reportedly stabbed to death by his wife at about 2:26 a.m on Thursday February 13.

Facebook user Iykechukwu Ikechukwu who shared videos from the scene of the incident, claimed the man never cheated on his wife and only preached ”repentance” to her. According to him, the suspect has since been arrested.

My neighbor was stabbed by his wife, Rest in peace, best man…we do crack jokes everyday if we come back from work….chioo I will see you no more..

Nobody should say anything about best man cheating, he is not a cheating type, yesterday he was preaching to his wife to repent but rather than repenting she killed him in the middle of the night…

Below is the video showing how his corpse was conveyed from scene of incident:

WARNING! video of the scene of incident is graphic; see video here.

In a related news, a wife attempted to kill her husband in Owerri after she discovered that her husband is having romantic affairs with a side chick.