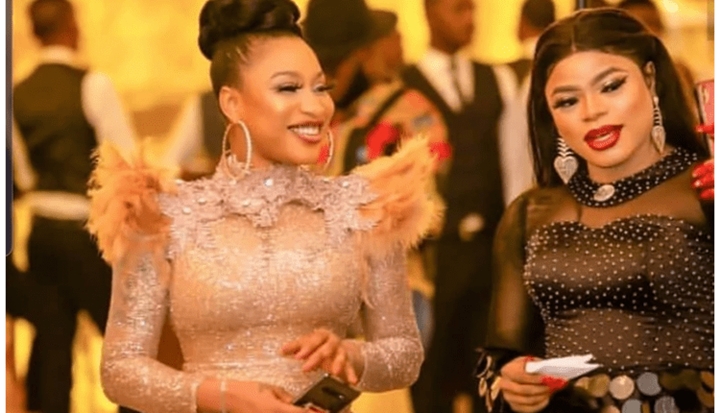 Apparently the rosy and longtime friendship between Nollywood actress, Tonto Dikeh and male barbie, Bobrisky is still going strong as the actress reveals why she can never betray the cross dresser.

In an Instagram live interview with Ubi Franklin, the divorced mother of one, opened up on her relationship with Bobrisky.

She added that Bobrisky is her closest friend and she would never betray him or any of her friends.

“Bobrisky is one of my closest friend, if not the closest. I respect him a lot and i can’t put out my relationship with friends out there. I am a loyal friend, every one knows that” she said.

Ubi however attested to the fact that she is one that will not oust any of her friends.

“I know you, you can not throw your friend under the bus, i remember asking you something about Bobrisky a year ago, I asked for the truth but you declined, saying you love and respect me but you can’t say it” Ubi said.

Recall that sometime ago, Bobrisky shared the video of his bestie, Tonto Dikeh, fondling his breast.

In the video which was shared through the male barbie’s Instagram page, the besties laid on the same bed while Tonto Dikeh played gleefully with his breast with the tip of her fingers, during their holiday in Dubai.Read here