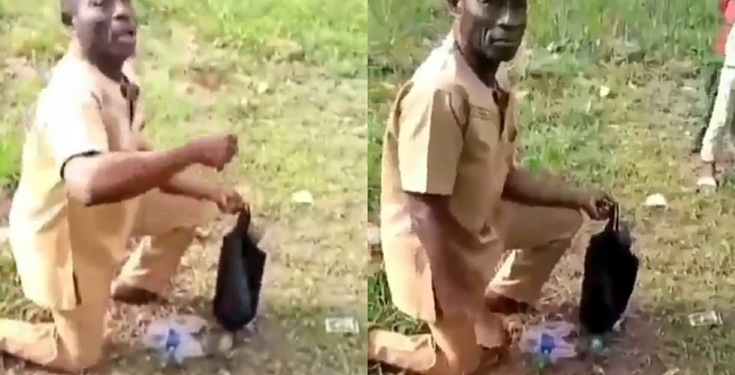 A video has surfaced online of an unidentified cleric was caught red handed picking human faeces in the bush in South-West Nigerian.

In the now viral video, the man dressed in brown coloured native attire was on one knee down, holding unto a black polythene bag and trying to explain himself to the crowd. When questioned, the man who is supposedly a Pastor first claimed he wanted to use the faeces for an experiment before stating that he needed it as a fertilizer.

When asked why he didn’t use that of his children or church members, he said members are no longer coming to church at this time.

However after one the residents pointed out that he could have used the faeces his members excreted before now, the Pastor defended himself by saying he never needed it then but needs it now.