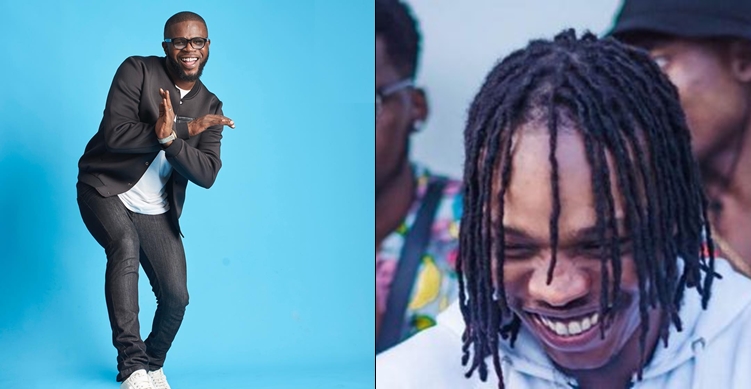 Singer, Naira marley and JJC Skillz, the husband of embattled actress, Funke Akindele have been dragged for reportedly running away and abandoning the actress after her arrest.

Within Nigeria reported earlier that operatives of the Lagos state police force arrested Funke Akindele for hosting a house party and they launched manhunt for JJC Skillz, Naira Marley and others that attended the party.

According to Lagos State Police spokesman, Bala Elkana who confirmed Akindele’s arrest, “Attention of Lagos State Police Command was drawn to a viral video showing a large number of persons mainly in the entertainment industry in an Estate, along Ajah, Ibeju-Lekki axis, Lagos celebrating a birthday party organised by Funke Akindele Bello and her husband.

Police detectives from the State CID Yaba were promptly drafted to the location. Funke Akindele was arrested.

The police force also said efforts are intensified to arrest the remaining persons in the video, among whom are Azeez Fashola a.k.a Naira Marley and Abdul Rasheed Bello a.k.a. JJC Skillz.

Now, the popular opinion on Twitter is that JJC and the singer fled, leaving Funke Akindele behind to face the music alone.Others were of the view that any association with Marley attracts police…

FLASH: This is just to say when the Lagos State Police arrived at Funke Akindele’s house- her husband JJC Skillz and Naira Marley (said to live in the house) were miraculously nowhere to be found.

They are still being looked for, as we speak.

Many times, men will disgrace you.

Yoruba men will disgrace you. 🤣🤣

Naira Marley and JJC getting to their house and seeing police waiting for them:pic.twitter.com/q2FjEpJOpd

Imagine Funke Akindele was North korean and she had a party with Naira Marley, JJC and Eniola badmus all in attendance in the middle of a pandemic.

How will supreme leader " Kim Jun Un " treat their fuck up? pic.twitter.com/huvLm0G0b3

We should all to be responsible citizen… if they were so right and proud of their action, why did Naira Marley and JJC skills suddenly disappear #funkeakindele they should be held accountable jor pic.twitter.com/mRte6o28zZ

I understand that naira marley isn't bright and intelligent but I thought Funke Akindele had sense. JJC should be arrested, naira Marley and all those in attendance. However, this is Nigeria the law is only for the poor and less privileged. So sad!!! https://t.co/HZP2YIzyqg

How Nigerians expect Funke akindele to celebrate her birthday as an Ambassador of NCDC #funkeakindele pic.twitter.com/27d7Cj6msR