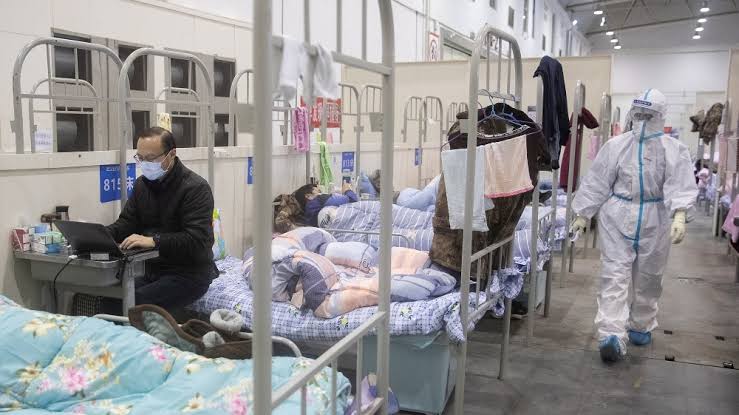 Five Nigerians have tested positive for coronavirus in China, according to Dailymail.co.uk. Four of them had recently visited the same eatery, ‘Emma Food’, multiple times. This was announced by the Guangzhou Health Commission on Tuesday.

The restaurant owner, alongside her daughter and another child, later tested positive for the pandemic. Wuhan, the former epicentre, on Wednesday saw all travel restrictions lifted after 76 days.

Seven people who tested positive for the coronavirus have been linked to the same restaurant in China, sparking fears.

Meanwhile, the Federal Government was yesterday urged to look into the assaults and humiliations allegedly meted on Nigerians living in China by the Chinese Police.

Managing Director of Good Time Paint and Allied Products Industry Limited, Prince Mendy Archibong, made the call in reaction to a video and news report which trended on social media on Tuesday, where Chinese police were seen chasing Nigerians out from their lodge to the road, telling them to go back to their country.

Archibong said the action seen in the four minutes and 43 seconds video was not just humiliating but embarrassing.

Those who were chased by the Chinese police in the video were heard speaking Igbo language. Archibong said while the federal government is working on bringing back Nigerians abroad due to the Coronavirus pandemic, it will also be important to take note of human rights violations against her citizens abroad.

“Nigerians have contributed greatly to the growth of the Chinese economy. China and Nigeria have done businesses together, so one would expect a trickle-down mutual respect between the nationals of both countries.”