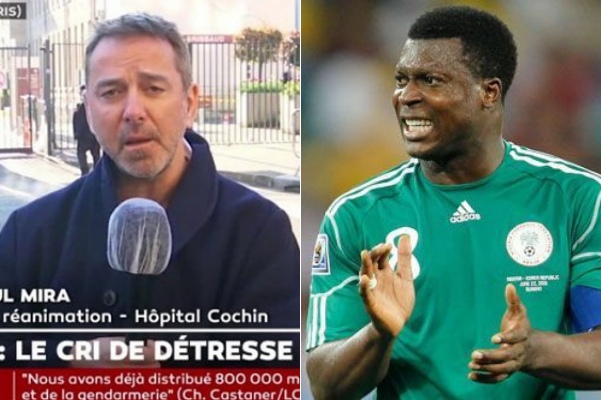 Covid-19: Yakubu Aiyegbeni slams French doctors who said vaccine testing should be carried out in Africa

Former Everton and Super Eagles of Nigeria striker, Yakubu Aiyegbeni, has angrily slammed the French doctors who recently stated that Coronavirus testing should be carried out in Africa.

Amid the Coronavirus pandemic ravaging the world, French Doctors Camille Locht and Jean-Paul Mira suggested Vaccines against Covid-19 should first be tested in Africa, recalling how an experimental treatment for AIDS was carried out in Africa.

The comments resulted in angry backlash from the black community and even the World Health Organization, which forced the doctors to apologize.

According to Yakubu, the doctors are ‘racist’ and ignorant and should be jailed even though it won’t solve the racism problem that exists in the world.

“The doctors are just being stupid and very ignorant thinking the test should be conducted in Africa,” Ayegbeni told Goal.

“We are trying to kick away discrimination but it’s still there. What can we do? It is getting worse every day.

“Some people pretend they like black people while some are another way around. I just hope this kind of thing ends very soon but I doubt.
“This is not just only in France or Italy, it is everywhere but we will try and speak about it all the time and lecture the young kids so that hopefully, one day there will be no room for it.

“It is sad that year after year, we keep talking about this issue and that is not good for the game and sports in general.

“Suing the doctors to court wouldn’t yield any result because there are some people who do crazier things than this quietly and they are not seen.

“Taking them to jail will be good but that doesn’t stop them from doing it, but I believe harder measures should be taken on this issue to send a signal to others.”