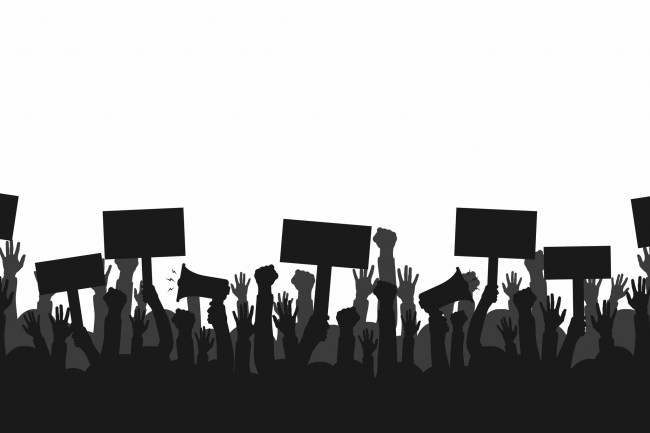 The Citizens Against Fake Activists (CAFA) believes fake activists and promoters of falsehood are worse menace to the country than even Boko Haram terrorists.

According to CAFA, these self-acclaimed human rights activists are only interested in their pockets and this desperation led them into blackmailing the Nigerian military to promote the agenda of their paymasters.

CAFA made this revelation in a statement on Friday through Director Communications and Publicity, Comrade Ibrahim Kabiru Dallah.

Dallah pointed out the recent alliance and hype accorded Chadian troops as a typical example of these activists’ dubious endeavours, who all the years kept mute when they faulted and never accorded the Nigerian military similar adulation.

CAFA added that they are instead quick to criticise the Nigerian troops, alleging right abuses each time there is a successful onslaught against the terrorists.

The Citizens against Fake Activists, however, warned Nigerians to be wary of the likes of Aisha Yesufu, Omoyele Sowore, Deji Adeyanju and Ahmad Salkida affiliated with international NGOs to escalate falsehood, especially against the military.

As the Army intensifies effort to flush out the remnants of Boko Haram terrorists, the group therefore appealed to authorities to “nip the problem of fake news in the bud by leveraging on the international movement against the ugly phenomenon to arrest the ugly practice that is threatening the security of the country”.

Citizens Against Fake Activism (CAFA) has blamed the fake news being propagated by dubious activists for the seeming resilience of Boko Haram and Islamic State West Africa Province (ISWAP) as it warned that these so called activists are plotting to escalate their lies now that Boko Haram is taking a beating home and abroad.

This fake activists have a perfected a vicious circles whereby they tell lies to slow down the military, allow Boko Haram terrorists re-gain grounds and then turn around to blame the government for not doing enough to curtail the terrorists even though the same dubious people accuse the government of right abuses each time there is a successful onslaught against the terrorists. These fake activists and fake news agents are in essence responsible for the continuous Boko Haram terrorism in the country.

After years of not doing much to support Nigeria in smoking out terrorists that plan and launch attacks from its territory, the Republic of Chad was recently coerced into attacking Boko Haram fighters after its military suffered heavy losses to the criminals; instead of urging Chad to do more in flushing out the terrorists, these fake activist rather rushed to deploy fake news that they hoped would sour relations with Nigeria so that Chad will again lose its new found impetus to do the right thing.

The liars also attempted to rewrite history by attempting to mislead the unwary and create the impression that the terrorists have not been decimated on Nigeria soil and only operate cross border from the safe havens they found in a country like Chad, which did not do anything to stop their act of terrorism until Chadian President Idris Derby saw the ugly side of the viper he had embraced to his bosom.

It must be clearly stated that these fake activists deliberately engage in what they do. The fake news they publish are meticulously crafted and vetted by their clients following which they unleash these campaigns of misinformation, falsehood and calumny with the intent to use them for strengthening Boko Haram/ISWAP especially whenever they are being pummeled by the Nigerian military.

With the knowledge that the Chief of Army Staff (COAS) Lt. General Tukur Buratai had directed troops to prepare for a final assault on Boko Haram/ISWAP and mop up terrorists that may be escaping from the trouble they courted in Chad, it is important to alert Nigerians to be on the lookout for an increase in fake news emanating from these compromised activists.

CAFA wants to particularly warn Nigerians to be on the lookout for contents from the arrowheads of the fake activists, Aisha Yesufu, Omoyele Sowore, Deji Adeyanju and Ahmad Salkida. These individuals and their proxies as well as affiliated international NGOs would be escalating the campaign of fake news and unsubstantiated stories to help Boko Haram/ISWAP resist its imminent end.

Our monitoring revealed an increase in the deployment of fake news by these people since additional steps were recently taken to launch the final attack against Boko Haram, notably the lies that were directed against Nigerians when the army shuffled its commanders to better position itself. They have also started peddling rumours and lies since the Chadian operation with the intent of blackmailing the Nigerian military into inaction and that will allow fleeing Boko Haram terrorists melt into the Nigerian society from where they will rebuild their cells.

Nigerians should blame these identified fake activists that persistently undermines national security should they do anything to strengthen Boko Haram. Citizens should exact a steep cost from them if they as much as run a single item of fake new and shame their families in market places, malls, schools and even at places of worship to serve as deterrent to other would-be promoters of fake news now that this batch of never-do-wells has been exposed.

CAFA appeals to authorities to nip the problem of fake news in the bud by leveraging on the international movement against the ugly phenomenon to arrest the ugly practice that is threatening the security of the country. We are aware that it is possible to charge purveyors of fake news to court under several pieces legislation that are already in place