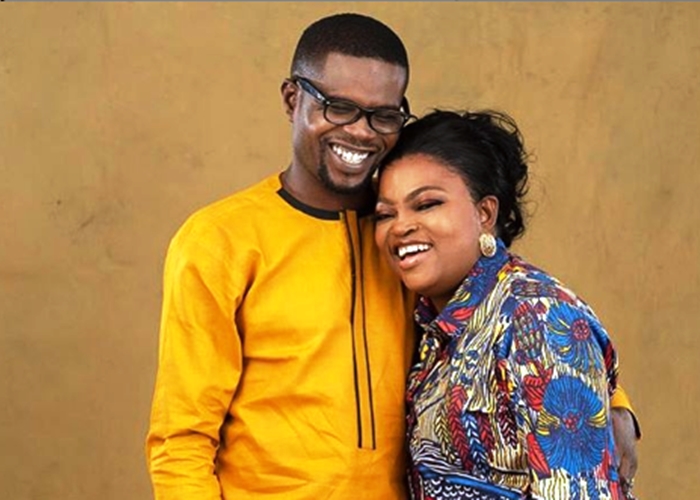 Following the arrest and conviction of popular Nollywood actress, Funke Akindele aka Jenifa and her husband, JJC Skillz by a Lagos court for flauting the lock down rule, Some Nigerians lawyers, who looked into the case have tagged them as “ex-convicts”.

Recall that the couple had a party in their Amen Estate home on the 4th of April, 2020, with a huge crowd. They later appeared in court charged with contravening Regulation 8(1)(a) and (b) and 17(1)(i) of the Lagos State Infectious Disease (Emergency Prevention) Regulations 2020, and therefore committed an offence under Section 58 of the Public Health Law Cap P16 Vol. 9, Laws of Lagos State 2015.

Funke and her husband were however sentenced to 14 days community service, besides other penalties, by Chief Magistrate Court 1 Ogba, Lagos.

“Akindele and her husband, AbdulRasheed Bello, can be referred to as ex-convicts having pleaded guilty and were sentenced for violating restrictions order in Lagos.

“Technically speaking, anybody who has gone through a trial and is convicted can be referred to as an ex-convict.”

He restated that if the law under which the duo were convicted was a recognised one, then they were ex-convicts “because they admitted and the court gave them a light sentence.

“This is a form of punishment.”
Raji, however, said that the development would not debar Akindele and Bello from holding political offices in the country since the offence did not involve financial misappropriation.

Also speaking, Mr Ebun-Olu Adegboruwa,SAN, said:”there is no doubt that they are ex-convicts.
“This is because before the judge passed the sentence, they would have pleaded guilty, and trial would have taken place before judgment.

“So, as far as the law is concerned presently, they are ex convicts; but, I believe they took that process for convenience of their freedom,” he said

Adegboruwa, however said based on the provisions of the law and the case of Awuko vs Fagbemi, the judgment cannot stand and the case will be set aside on Appeal.