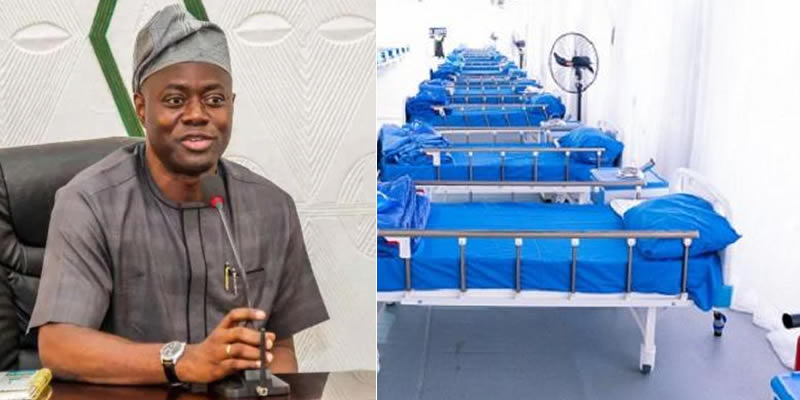 Three people who tested positive for coronavirus have been discharged after recovery from the isolation centre in Ibadan, the Oyo State capital.

They were released to their families after testing negative twice to confirm that they have been cured of the virus.

This brings the number of discharged cases in Oyo State to five, leaving six as active cases.

Governor Seyi Makinde, who doubles as the Chairman, Oyo State Covid-19 Task Force, made the disclosures while giving an update on the fight against the virus in the state.

However, the Governor reiterated the ban on social gathering of more than ten people in the state.

Noting that the curfew earlier imposed on the state is still in place, the Governor said inter -state movement of vehicles is restricted to only those carrying food items, medical, pharmaceutical and petroleum products.

Makinde said: “Yesterday, three confirmed COVID-19 patients were discharged after receiving their second negative test results. This brings the number of discharged cases in Oyo State to five. So, there are currently six active cases.

“All previously announced measures to prevent, contain and control the spread of COVID-19 in Oyo State, remain in place. These include the dusk to dawn curfew (7 PM to 6 AM); no gatherings of more than ten people to be held anywhere in the state and the closure of all markets except those selling perishable food items.

“Also, inter-state transportation into and out of the state remains suspended except vehicles carrying food items, medical, pharmaceutical and petroleum products.

“Please, keep following the directives of the Oyo State COVID-19 Task Force. Wash your hands with soap and water or use an alcohol-based hand sanitizer, regularly. Also, continue to maintain social distancing.”