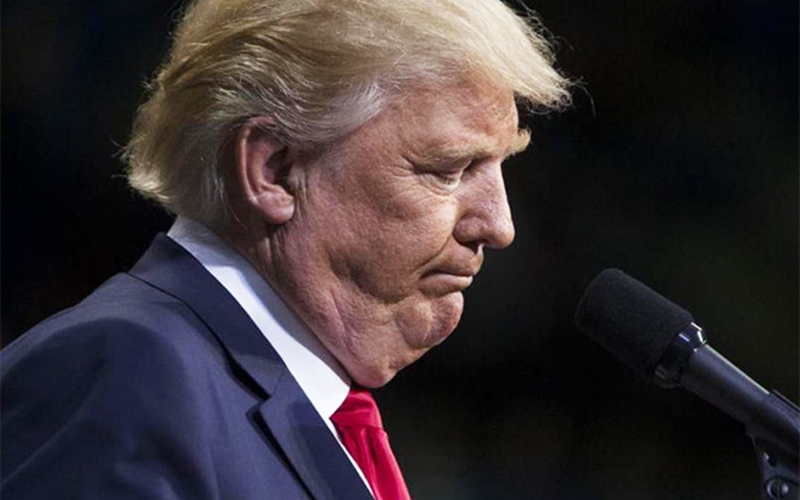 The deadliest day from the Coronavirus pandemic any country has so far seen has been recorded in the US on Friday as the country becomes the first country in the world to record 2,000 deaths in 24 hours.

In a dark day for the country’s health sector, the total number of Americans infected also ballooned to 500,000 as the Trump led nation with almost 18,798 deaths edges closer to Italy’s death toll of 18,849. 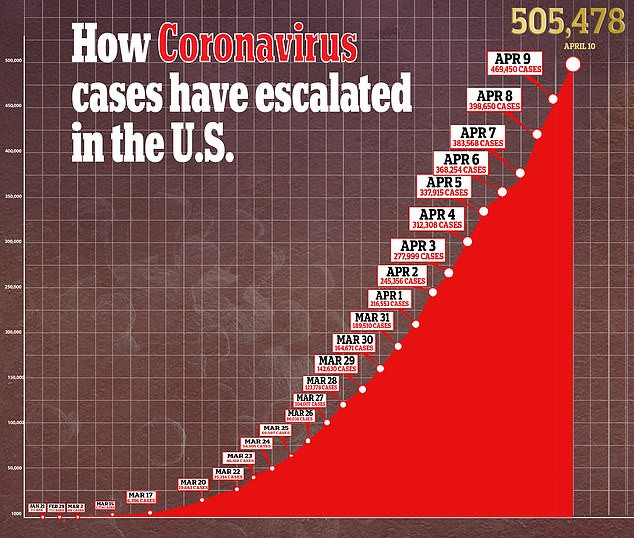 New York made up almost half of the total death toll across the US and accounted for about a third of all deaths with over 7,000 deaths already in the state. 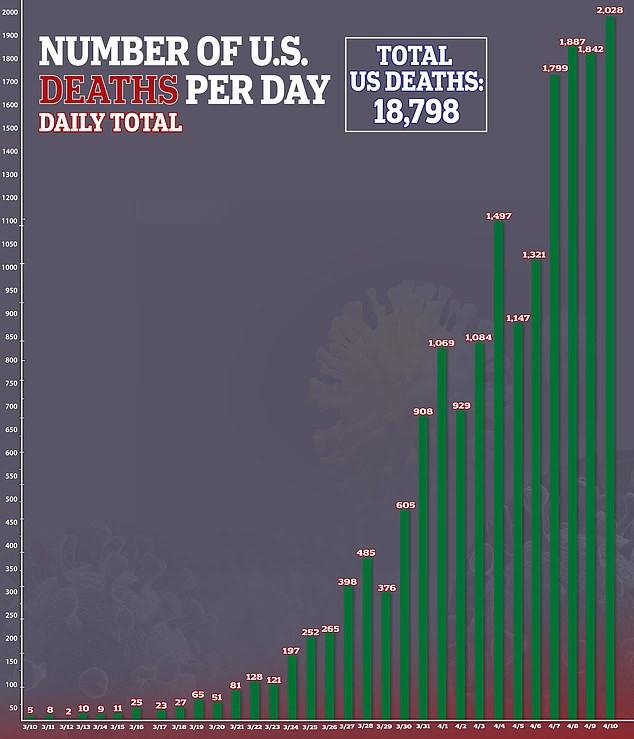 New Jersey is the second hardest-hit, with infections topping 54,588 and deaths reaching 1,932.

Dr Fauci, a member of the White House coronavirus taskforce, on Friday warned it was too early to relax the government issued lockdown even though New York was showing positive results in the battle against coronavirus.

‘What we’re seeing right now is favorable signs,’ Fauci said in an interview on CNN on Friday.

‘We would want to see a clear indication that you were very, very clearly and strongly going in the right direction, because the one thing you don’t want to do is you don’t want to get out there prematurely and then wind up back in the same situation.

‘The virus kind of decides whether or not it’s going to be appropriate to open,’ he said.

‘Obviously we’re looking for the kinds of things that would indicate that we can go forward in a gradual way to essentially reopen the country to a more normal way,’ Fauci said, adding that it depended on a number of factors.