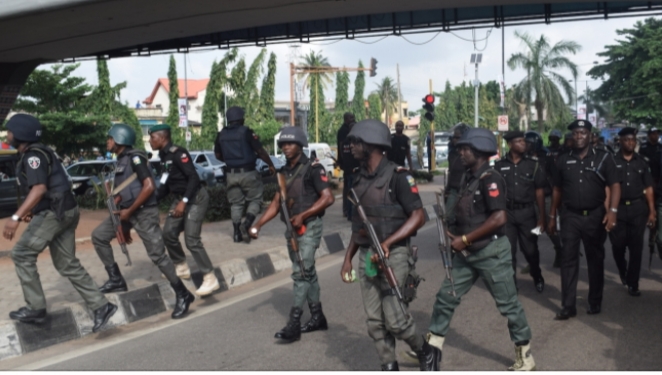 The National Human Rights Commission (NHRC) has disclosed that Nigeria’s security agencies have killed 18 citizens since the lockdown regulations on the Covid-19 pandemic were enforced which are more than deaths recorded from the disease itself.

This disclosure was made by the NHRC executive Secretary, Tony Ojukwu in a statement released by the Human Rights Commission.

Tony Ojukwu said majority of the victims were killed during attempts to enforce the coronavirus lockdown and similar regulations.

The federal and state governments had locked down various parts of the country to curb the spread of COVID-19 which has so far killed 11 persons in Nigeria.

In a statement obtained by WITHIN NIGERIA on Wednesday, NHRC stressed that the lockdown has come with various human rights abuses mostly by policemen.

The commission said in addition to the reported extrajudicial killings, the security agencies have allegedly carried out 33 incidents of torture, 27 incidents of violation of right to freedom of movement, and unlawful arrests, 19 incidents of seizure of properties and 13 incidents of extortion.

“There were 8 documented incidents of extra-judicial killing leading to 18 deaths,” the report read.

“Out of this number, 12 deaths were recorded in Kaduna State. Abia State also recorded 2 deaths arising from 2 incidents; while Delta, Niger, Ebonyi and Katsina States recorded 1 death each.

Ojukwu said the fatalities speak volumes of the protocol and rules of engagement for Nigeria’s law enforcement agencies and their efficiency level to deal with citizens.

“It’s a sheer display of impunity and reckless disregard for human life in law enforcement by security personnel,” he added.

He also said while the NHRC will ensure justice for victims of human rights abuse, it has developed a mobile application to monitor and document such violations.