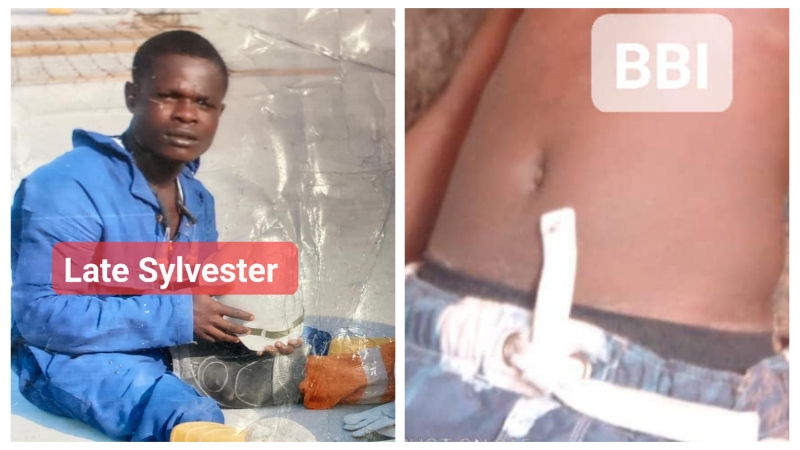 PHOTOS: Keke NAPEP driver dies after he was allegedly beaten by police officers over N100 bribe in Delta

Men of the state police command in Otokutu community in Ughelli South Local Government Area in Delta have been accused of beating a tricycle driver identified as Mr. Okomedo to death by popular activist, Harrison Gwamnishu.

Harrison alleged that the police officers beat the father of three after he refused to give them N100 bribe.

He said the deceased after the beating managed to find his way to Otokutu market square where he fell and died on the spot from the multiple injuries and trauma inflicted on him by the police officers.

On the 10th April, 2020, at about 10Am, some members of Anti-Cult Unit attach to the Delta State Police Command accosted and mercilessly beat up a keke rider who refused paying N100 PASS to them at Otokutu, Ughelli South LGA, Delta State.

We were also informed as per eye witness testimonies that after the said they finished brutalizing and beating the deceased, they dragged him on the ground. The deceased eventually managed to get himself up when they left him helplessly on the floor fighting for his life and he managed to get himself to Otokutu market square where he fell and died on the spot from the multiple injuries and trauma inflicted on him by the.

He left behind a young wife and three (3) small children.

It came to our knowledge that those involved in the inhuman and brutal murder of Mr. Okomedo were subsequently arrested and detained for investigation but sadly we have been reliably informed that they have been set free and are roaming the streets again, this is despite the fact that the offence involved is murder of the most brutal and callous nature.

In view of the foregoing, we urge the State Governor, Commissioner of Police to promptly setup a team to investigate the facts averred herein and ensure that a prompt and dispassionate investigation is conducted in a bid to see that every person involved in the murder of Mr Okomedo is brought to book.

HOW MANY NIGERIANS HAVE BEEN KILLED DURING THIS COVID19?

HOW MANY NIGERIANS DIED OF COVID19 VIRUS?