Daughter of late Chief of Staff to President Buhari, Abba Kyari, has called out Lola Omotayo, wife of singer Peter Okoye and other Nigerians, who shaded her father when he was seriously sick due to COVID1-9.

Recall that Lola Omotayo, like some Nigerians, on April 2, took to Instagram to demand for late Kyari’s whereabouts after he was transfered to Lagos for treatment.

After his demise, some Nigerians took to social media to eulogise him, some condemned him for the way he exercised his powers as the President’s Chief of Staff, while others blamed him for Nigeria’s problems

Reacting to all that has happened before and after her father’s demise, Aisha took to her instastories to call out Lola and other Nigerians, asking if the country is progressing and if  they sleep better at night, now that her father, Kyari, is dead. 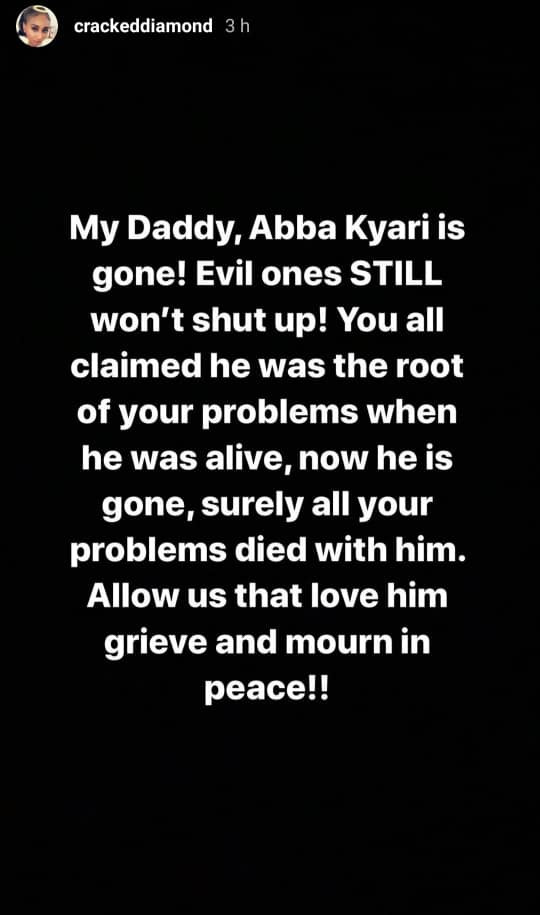 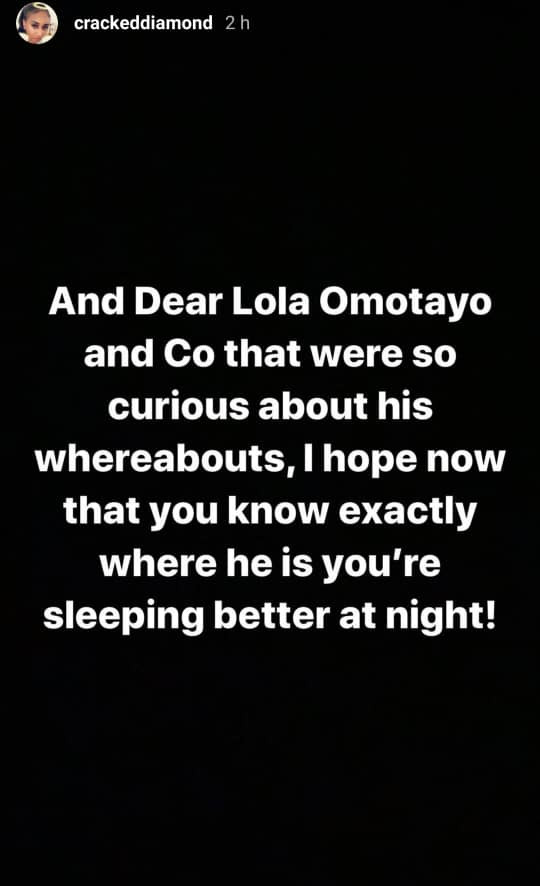 "I Lost over N450m asset at Magodo..." - Emeka lke spills as he laments ill-treatments against celebrities

BBNaija s7: "Come back to this tweet in a week" - Do2tun expresses absolute conviction as he names winner

"Who can help me with divorce papers?" - Hilda Dokubo stirs reactions with recent plea

"You owe her 2 kids, you did introduction" - Halima Abubakar's manager continues to drag Apostle Suleman