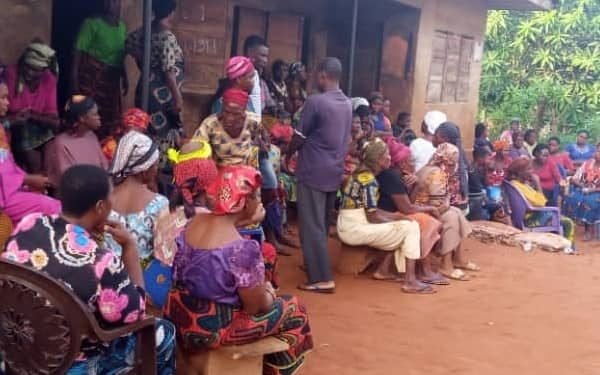 Following the alleged murder of a 25-year-old man identified as Uchenna Nwankwor, people of Eziama village, Amanuke in Awka North Local Government Area of Anambra state have been thrown into mourning.

WITHIN NIGERIA learnt that a middle-aged man who hails from Ebonyi state and currently at large reportedly hacked the 25-year-old man to death.

It was also learnt that his son had an argument with someone, which led to a fight at about 6pm of the fateful day and sympathisers were seen at the compound of the deceased consoling the immediate family.

The father of the deceased identified as Mr Benjamin Nwankwor revealed that his son had an argument with someone, which led to a fight at about 6pm of the fateful day.

Recounting the ordeal, Benjamin alleged that the suspect axed his son on the head, leaving him in the pool of his own blood.

He said, “My son was rushed to a nearby chemist store before we later took him to the hospital where he died late in the evening. When I got there, I saw a big hole on my son’s head.”

Reacting to the tragic incident, a leader in the area identified as Chief Charles Obi described the incident as unfortunate, appealing to the youths in the area not to take laws into their hands.

The Police Public Relations in the state, Haruna Mohammed said the incident was yet to be officially reported to the police.