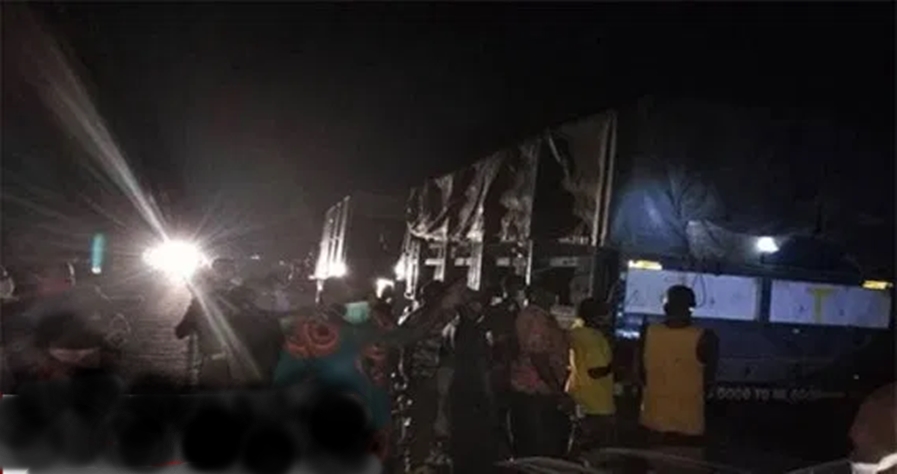 Akwa Ibom state’s COVID-19 regulations enforcement team has intercepted and buried a corpse after it was allegedly smuggled into the state from Lagos, during the weekend.

The dead body, intercepted from Lagos was buried in accordance with the protocol for the burial of an infected corpse while the persons who transported the corpse have been quarantined in Akwa Ibom pending the outcome of their test for COVID-19.

Dr. Dominic Ukpong,Commissioner for Health, disclosed this at a meeting of the State Incidence Management Committee held at the Ibom Specialist Hospital, Uyo, Friday.

The State Health Commissioner expressed the gratitude of the State COVID-19 Management Committee to the State Governor, Mr. Udom Emmanuel, for ensuring that adequate provisions are made to ease the team’s work of managing the cases while appealing to the public to accept discharged people without any discrimination or stigmatization.

Ukpong who is the state Incident Manager of the pandemic lauded the security agents in the state for efficiency in the discharge of their duties especially in the fight against the COVID-19 pandemic.

He maintained that the deceased was transported in an ambulance from Lagos State on the night of Wednesday 6th May 2020, and arrived Akwa Ibom State borders at the early hours of the next day.

The Health Commissioner lamented that despite the interstate lockdown, the culprits were able to transport the body through seven states, beating the security formations in those States.

“But for the alertness of the police officers posted to our borders, the corpse would have successfully made it to its destination in Mkpat Enin Local Government Area.”

The commissioner was alarmed that six men bearing a corpse made it past other State borders without being intercepted.

“We really appreciate the point of entry team as well as the burial committee that ensured the deceased was committed to Mother Earth on the same day in Ikot Ebidang Village, Mkpat Enin Local government area.”

He urged members of the public to report anyone who recently return to their Community to the authorities while calling on community leaders especially Village Heads to give their utmost support to Government so as to keep their Communities safe.